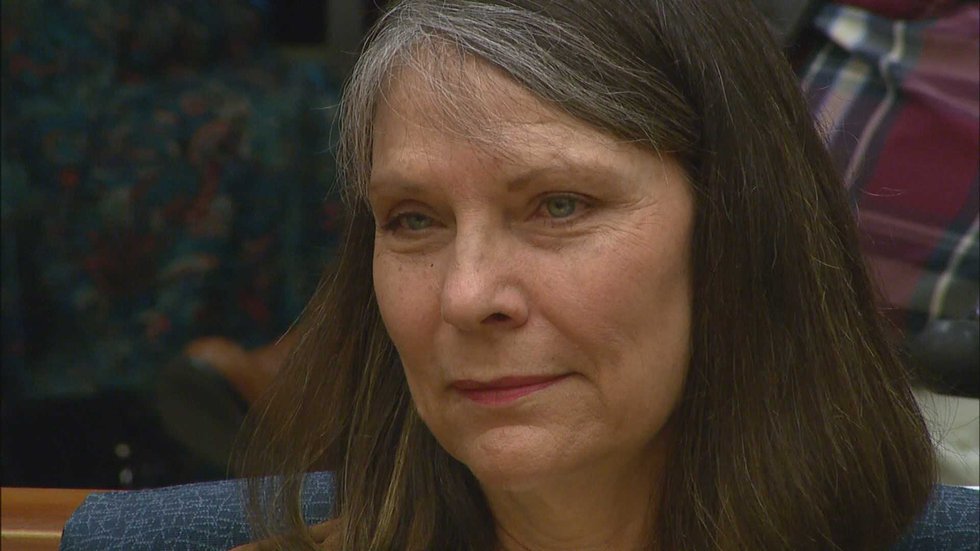 325 potential jurors were called to Ag Hall at the Stormont Vail Event Center on Thursday morning for the first day of the process. Court officials say the proceedings were moved offsite because Shawnee Co.’s courthouse facilities would not be able to accommodate the large number of potential jurors called.

Traditionally, only 150-200 potential jurors are needed for jury trials at Shawnee Co., however, court officials say the larger-than-normal pool was needed because of the local and national attention that the previous trial of Chandler had aroused.

Originally scheduled to begin at 9 a.m., Shawnee Co. Dist. Court Judge Cheryl Rios called the hearings at around 9:47 a.m. During Rios’ instructions, she informed the jurors of the 24-page questionnaire they would be required to complete as the first step in the jury selection process. The jurors were free to leave once they had completed the questionnaire.

Shawnee Co. court administrator Lea Dawn Welch told 13 NEWS that ten copies of each of the 325 questionnaires will be made. One for Chandler, one for Judge Rios, three for the defense, three for the state, and two will go to court staff. Welch said the copies, which total 78,000 pages, will be handled by a local print shop and will be paid for with leftover funds from a previous year and budget. Welch said she expects the Chandler lawsuit will incur additional costs and has been trying to factor that in over the past few years.

Once the copies are distributed, the prosecution and defense will begin to sift through the thousands of pages of responses. Judge Rios told potential jurors that some will be called Friday this week or Tuesday next week for questioning. Rios said if a juror did not hear from court, they would be required to report to the courthouse on Wednesday morning.

Welch said some jurors would likely be eliminated before questioning.

13 NEWS requested a copy of the questionnaire, which was created specifically for Chandler’s retrial. A decision on whether or not this will be provided is expected to come from Judge Rios by the end of Thursday.

Court officials say such a comprehensive questionnaire was necessary because of the extensive media coverage, both local and national, of Chandler’s previous case. Notably, CBS featured Chandler’s first trial and subsequent conviction in a 2012 episode of 48 Hours.

13 NEWS has learned that Chandler’s retrial is also getting national attention as crews from CBS, NBC and a cable crime network are in Topeka to cover the trial.

Court officials say they hope to start opening oral arguments on Wednesday or Thursday next week, but no official timetable has been set.

Chandler was convicted in 2012 of the July 2002 murders of her ex-husband Mike Sisco and his fiancée, Karen Harkness, at Harkness’ West Residence in Topeka.

Sisco and Harkness were found with a number of gunshot wounds in the basement.

Following a lengthy trial, a Shawnee County jury found Chandler guilty of two counts of first degree murder and she was sentenced to two consecutive terms.

However, the Kansas Supreme Court overturned the convictions in 2018, citing misconduct by Shawnee Co. prosecutor Jacqie Spradling. Spradling has since been disbarred.

'Hijrah' moment: Coming out of the dark side of payday loans - Universities