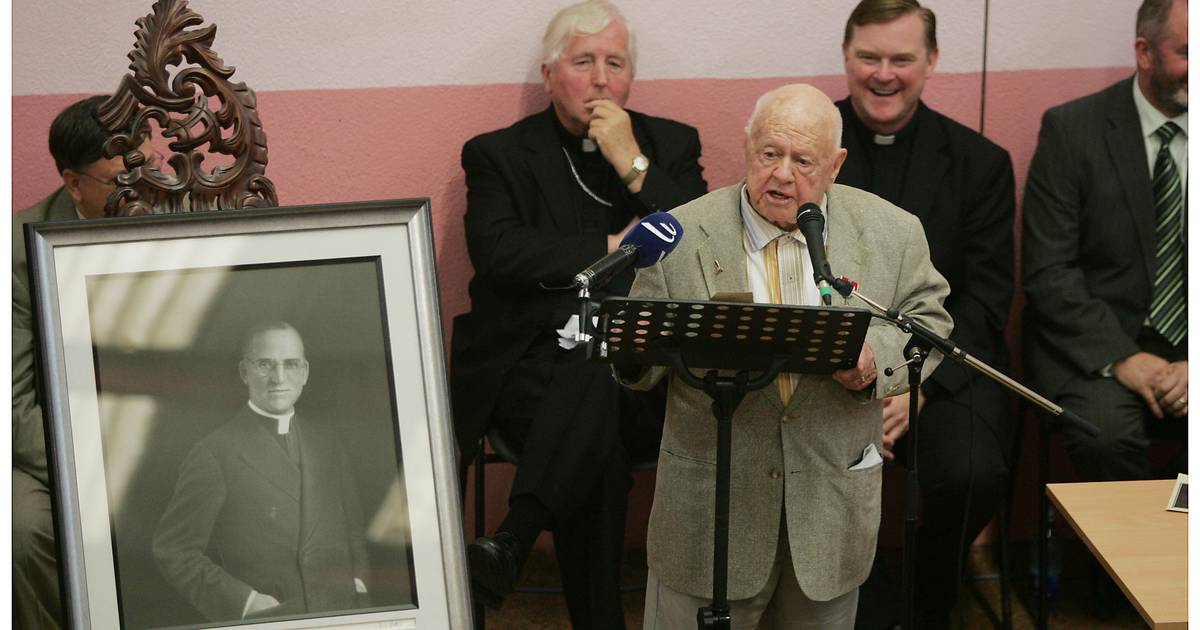 Some American football fans have arrived in Ireland ahead of schedule ahead of the University of Nebraska Cornhuskers’ game against the Northwestern University Wildcats at Aviva Stadium in Dublin next Saturday.

The Nebraska fans were among around 20 people from the Boys Town delegation to Omaha, in that US state, who attended the opening of a new visitor center in Ballymoe Co Galway on Sunday to honor the man local and founder of Boys Town, Father Edward Flanagan. The event followed a mass concelebrated on Sunday morning by the Bishop of Elphin Kevin Doran and Father Steven Boes, current executive director of Boys Town, at nearby St Croan’s Church.

Father Flanagan, who was the seventh of 11 children, came from the nearby town of Leabeg in County Roscommon where he was born in 1886. He attended Summerhill College in the town of Sligo, a minor seminary in the Diocese of Elphin , before emigrating to the United States in 1904.

Ordained in 1912, he founded Boys Town in 1917 based on his philosophy that “there are no bad boys. There is only bad environment, bad training, bad example, bad thinking. Nor did he believe “that a child can be reformed by a lock, key, and rungs, or that fear can ever develop a child’s character.”

In the 1930s, hundreds of boys lived in Boys Town, which then included a school, dormitories and administrative buildings. The boys elected their own government, comprising a mayor, council and commissioners. In 1936, the community became an official village in the state of Nebraska, and Father Flanagan’s fame began to spread, as did his methods of treating children.

His life story was made famous in 1938 with the movie “Boys Town” starring Spencer Tracey and Mickey Rooney. Spencer Tracey won an Oscar for portraying the priest he later gave to Father Flanagan in Boys Town, where he lives.

Controversially, Father Flanagan visited Ireland in 1946 and, although he was treated like a celebrity, he was quick to criticize the way children were treated in institutions here at home. era. In a speech in Cork, he said that “from what I have seen since coming to this country. . . your institutions are not all noble, especially your Borstals. Speaking in Waterford and Limerick, he said: “Irish prisons are also a disgrace. . . not Christian and bad”.

On his return to the United States, he said of what he had seen in Ireland: “What you need there is someone to release you from your sufficiency and satisfaction. . . and to set an example in punishing those who are guilty of cruelty, ignorance and neglect of their duties in high places. . . We punished the Nazis for their sins against society. . . I wonder what God’s judgment will be in reference to those who hold the deposit of faith and fail in their God-given stewardship of little children? “

Then-Minister of Justice and TD of Roscommon, Gerry Boland criticized Fr Flanagan for his “intemperate and offensive language in describing juvenile delinquency in Ireland”.

Father Flanagan undertook several overseas assignments on behalf of the U.S. government to bring to light the plight of displaced and abandoned children in Japan and Europe after World War II and it was on one such trip to the foreigner that he died in Germany in 1948. He is buried in Boys Town which today helps approximately two million vulnerable children each year in the United States.

The cause for his canonization was opened in 2015 by the Fr Flanagan League in Omaha.

As Fidelma Croghan, spokesperson for the Father Flanagan group in Ballymoe, explained, “The parsonage here has been vacant for 10 years and, with the permission of Bishop Doran, has been refurbished and converted into a reception center for the father Flanagan at a cost of around €70,000.

The money came from donations, the Diocese of Elphin and the Fr Flanagan League in Omaha. A life-size statue of the priest, designed by American sculptor Fred Hoppe, stands at the Ballymoe Community Centre, while the Fr Flanagan Memorial Garden, built in 2016, sits to the rear of the new visitor center and next to St Croan’s Church. The garden contains storyboards detailing the life and writings of Father Flanagan, as well as a specially commissioned wooden sculpture.

Recently, Father Flanagan was included in the “Grow in Love” elementary school religious education program as a Christian hero as part of the social justice lesson for the sixth grader. Others previously included were Saints Mother Teresa and Oscar Romero, as well as Mahatma Gandhi.