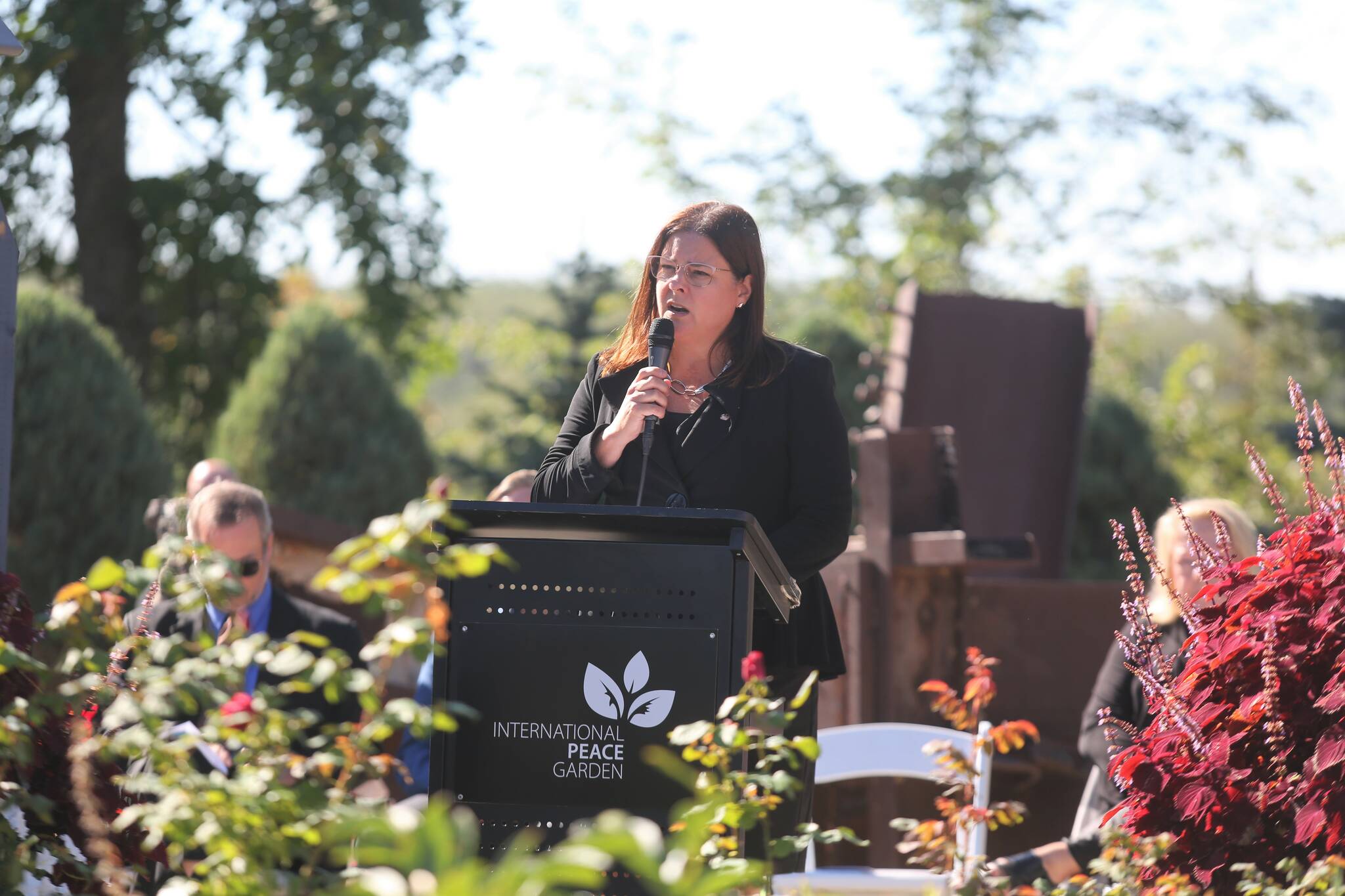 BOISSEVAIN â€” Dignitaries representing Canada and the United States gathered at the southern border over the weekend to remember those who lost their lives in the September 11 terrorist attacks, which took place there exactly 21 on Sunday.

This year’s remembrance ceremony at the International Peace Garden was attended by about 100 people, including senior government officials like Manitoba Premier Heather Stefanson.

Although the memory of that day of September 11, 2001, during which nearly 3,000 people were killed in a series of attacks coordinated by the Islamist terrorist group Al-Qaeda, remains painful for many, several of the speakers on Sunday focused on how the tragedy brought the United States and Canada closer together.

Stefanson reminded the crowd of how many flights were diverted to Canadian cities, such as Winnipeg, immediately after the attacks, where four hijacked planes crashed into the World Trade Center in New York, the Pentagon in Virginia and a field in Pennsylvania .

â€œAll levels of government, private citizens and community organizations have worked together to find accommodation for the passengers and facilitate their eventual return home,â€ said the Prime Minister. â€œMany Canadians opened their homes and hearts during these painful beginnings, including Manitobans eager to help our American neighbours.

Sunday’s ceremony also featured military representatives from both sides of the border, including members of the Minot Air Force Base Honor Guard and CFB Shilo Chaplain David (Euikyun) Chang, who spoke an opening prayer.

As the war in Afghanistan that followed the 9/11 attacks officially ended last summer, US Consul Brian Koontz said Canada and America must continue to work together to keep our citizenship secure. .

â€œSecurity threats have continued to evolve significantly over the past 21 years, and they will continue to evolve in the future. We must be ready to face them together.

Manitoba’s former chief of protocol, Dwight MacAulay, pointed to the physical memorial at the 9/11 International Peace Garden as another example of Canada-US collaboration in the immediate aftermath of the attacks.

Shortly after the World Trade Center was reduced to rubble, MacAulay came up with the idea of â€‹â€‹transporting debris from Ground Zero to the International Peace Garden to honor those who perished in the attacks.

Working with New York City first responders, MacAulay managed to load 10 pieces of debris onto a train, transport them to Brandon, and ultimately place them at the International Peace Garden near Boissevain.

“Once word got out that the debris was there…I remember people telling me people were finding that debris and they were crying, and they were praying a lot and climbing on the debris,” did he declare. “It had such an emotional impact on the people who came to the International Peace Garden.”

The site’s 9/11 memorial finally took shape in 2002 thanks to former International Peace Garden President Charlie Thomsen, who arranged the pieces in a disorderly formation to remind people of the tragedy that unfolded at thousands of kilometers.

As a result, Thomsen said, the 9/11 memorial site has received thousands of visitors over the past two decades, making it a perfect display for the 2,500-acre garden that is meant to serve as a symbol of peaceful coexistence. between Canada and US

“So we’re not going to change it,” he said, standing in front of the memorial. “We will improve the planting around it over the years and things will be taken care of to maintain it.”

Sunday’s ceremony also included an appearance by Transportation and Infrastructure Minister Doyle Piwniuk and a letter from Brandon-Souris MPP Larry Maguire, which was read aloud by the executive director of International Peace. Garden, Tim Chapman.