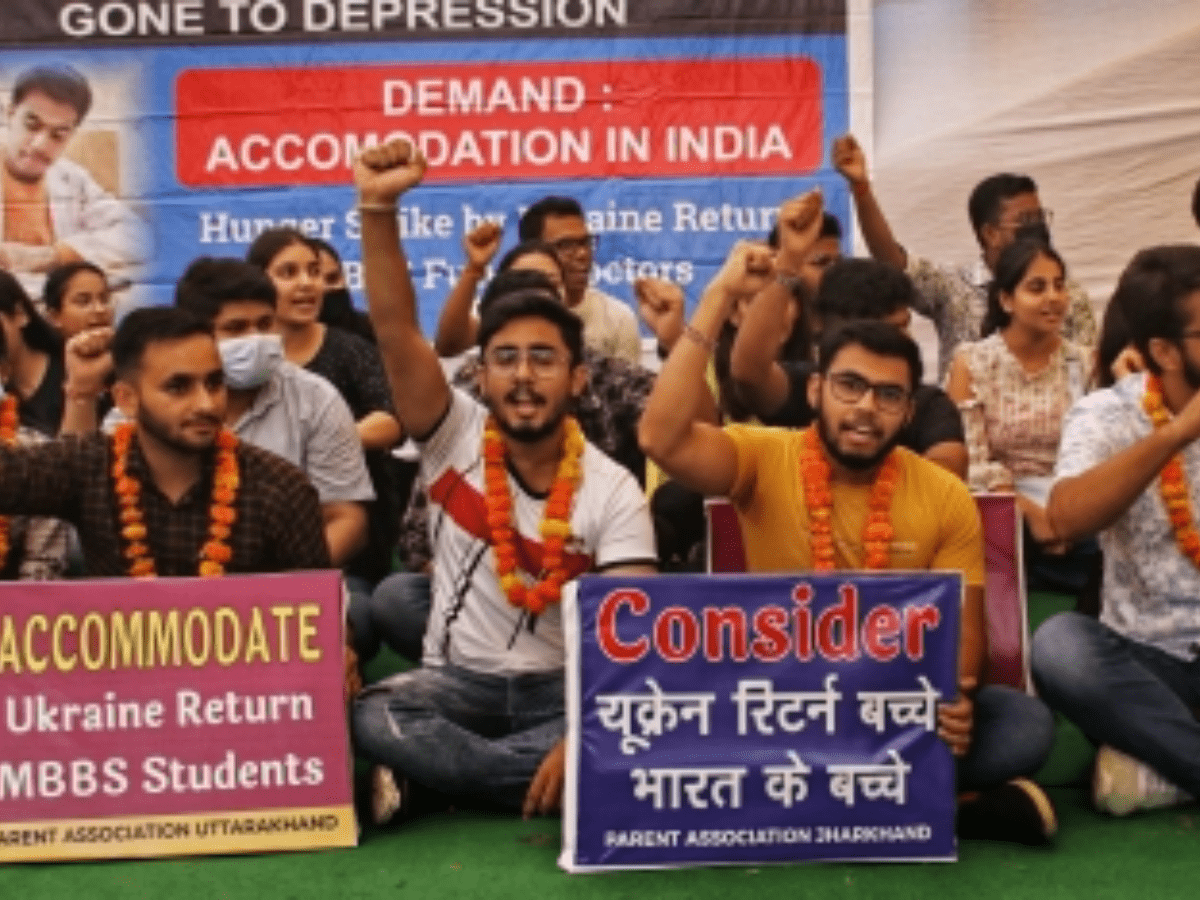 New Delhi: The Center told the Supreme Court that medical students, who have returned from Ukraine, cannot be accommodated in Indian universities in the absence of any provision under the National Medical Commission Act 2019 ( NMC), and if such relaxation is granted, then it will seriously hamper the standards of medical education in the country.

The Ministry of Health and Family Welfare, in an affidavit, said: “The prayer requesting the transfer of these repatriated students to medical colleges in India would not only be outside the provisions of the the Indian Medical Council and the National Medical Commission Act, 2019 and the regulations made thereunder, but would also seriously hamper the standards of medical education in the country.

“It is humbly submitted that with respect to these students there are no such provisions under the Indian Medical Council Act 1956 or the National Medical Commission Act 2019, as well as regulations for receiving or transferring medical students from any foreigner. medical institutes/colleges to Indian medical colleges. So far, no permission has been given by the NMC to exchange or host foreign medical students in any Indian medical institute/university,” he said.

The affidavit added that the aggrieved petitioners traveled to foreign countries for two reasons – first, because of the low merit of the NEET exam, second, the affordability of medical education in those foreign countries.

“It is humbly contended that in case such students with (a) poor merit are admitted by default into the best medical colleges in India, there might be several disputes from such eager candidates who have not been able to obtain a seat in these colleges and were admitted to either lesser-known colleges or were deprived of a seat in medical schools.

“Additionally, in case of affordability, if such applicants are assigned private medical colleges in India, they may not be able to afford the fee structure of the institution concerned,” he said. he declares.

The affidavit adds that the Center, in consultation with the NMC, the country’s apex medical education regulator, has taken proactive steps to assist students repatriated from Ukraine, while balancing the need to maintain the required level of medical education in the country.

The Center said that the alleged refusal of Ukrainian universities to consider applications of students for academic mobility during their first semester of the academic year 2022-23 is concerned, it is submitted that the same is completely vague, devoid of any details about the applying students or the universities involved.

“The communication relied on actually shows that students who were admitted in the first semester (2022-23) are not allowed for academic mobility in the first semester by Ukrainian institutions. It is humbly submitted that the provision of an academic mobility scheme was only permitted for those students who are already undergoing medical training at medical universities in Ukraine and who are unable to complete such training due to disruptions caused by the ongoing war,” the affidavit stated.

The Center said the public notice issued by the NMC on September 6 is a non-objection to academic mobility between foreign universities for students who have not been able to complete their studies due to war.

The Centre‘s response came from a batch of petitions filed by Indian students who were evacuated from Ukraine asking for permission to continue their medical studies in India. One of the petitions, filed through lawyer Ashwarya Sinha, said the education of 14,000 students had come to a halt and they were going through immense mental difficulties.

The case is expected to be heard on Friday.