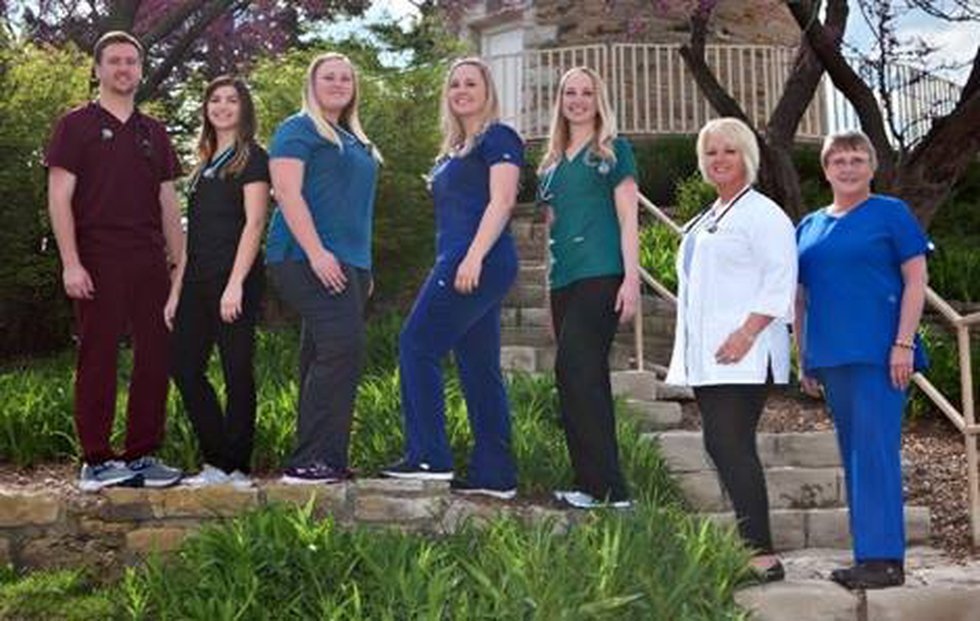 Asked about her family, Dorothy Hopkins would say they are “Strong Stormont Vail.” With three generations working for the health care network, Dorothy said she couldn’t be prouder.

At 75, Stormont Vail Health said Dorothy worked full time on the night shift as a sample processing specialist in the lab. Earlier in 2021, he said she also worked extra shifts at the COVID-19 Mass Vaccination Clinic at the Stormont Vail Event Center.

However, Stormont Vail said the spirited and articulate team member would rather tell you about the rest of her family and their connection to the healthcare network.

Dorothy said it started with her daughter, Michelle White, APRN, who now works at the infusion center. She previously worked as an APRN registered nurse in the emergency department and the NOTO clinic. A mother of five, Michelle returned to school to graduate as a nurse while her family operated a restaurant, which Dorothy and her children helped until it closed.

At that time, Stormont Vail said Michelle was a nurse and as her children got older four of them joined the team as patient care technicians. These four attended Washburn University School of Nursing, where three graduated and the fourth is still a student. The fifth works as a Topeka police officer.

Stormont Vail said Ali Wheeler, the first, is an intensive care / pediatric nurse and recently moved to Holton to work for Holton Community Hospital, but is still PRN in Stormont Vail. Kyndall Eakes is an NICU Nurse whose goal is to become a Nurse Anesthetist and also works at Truman Medical Center in Kansas City as a Certified Trauma Nurse. Kalen Eakes was a nurse with the CIAU until he recently moved to Kansas City to work in St. Luke’s and continue his education. Emery Eakes is a Patient Care Technician at the NICU and a sophomore nursing student in Washburn who hopes to work at the NICU as a nurse upon graduation. The fifth is Brittany Burt, a police officer from Topeka who spends much of her time in the hospital emergency room as part of her job.

Dorothy said she believes part of her family’s interest in health care lies in her 24-hour care for her son, who had suffered a head injury. She said Michelle and the grandchildren also helped with her care.

Dorothy said she pursued pre-medical studies at Creighton University, but then had a wide range of professional experiences before her retirement. As a post-retirement job, she said she wanted to work at Stormont Vail. She was able to secure a temporary job as a registrar in 2015, then moved to a permanent second-team position within the label, before moving on to third-team. She said most of her family are â€œnight owlsâ€ who prefer the night shift.

â€œWe are so grateful for our jobs – that we have had a job during this pandemic when so many people have been made unemployed,â€ Dorothy said. â€œWe have felt very safe and taken care of over the past year and a half. People would ask me if I was afraid to go to work, especially since we were working with COVID patients and I was working with COVID specimens. The answer is a categorical no. In fact, I feel safer at work than anywhere else.

Throughout the COVID-19 pandemic, Dorothy said she was able to see her family as they often worked the same shift at the hospital. She said it’s one of the most rewarding parts of her job. His colleagues have also become like an extended family.

â€œI love my job and I love the people I work with,â€ Dorothy said.

On Thursday, September 29, Stormont Vail Health said it had 34 hospitalized patients positive for COVID, 82% of whom were unvaccinated. Since Wednesday, there have been six exits and no deaths. There are also 51 COVID-positive patients in its enhanced primary care outpatient program. He said the percentage rate of positive in the past seven days was 8.9%, and 79% of people who test positive are not vaccinated.

On Thursday, the health network said it had administered 89,581 first and second doses of the COVID-19 vaccine.