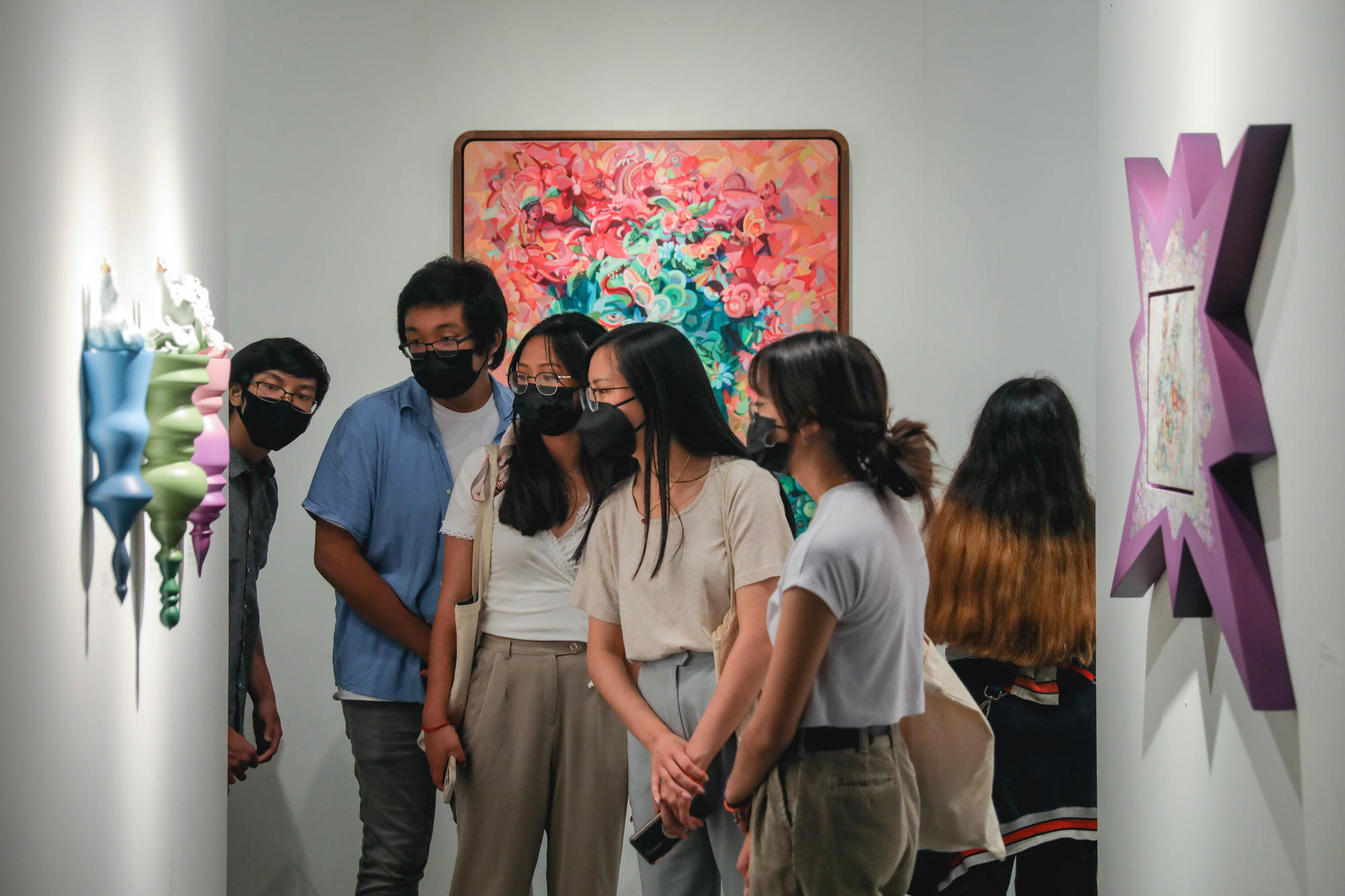 SVM: As I walk through the fair, I don’t see a sea of ​​red dots. At 7:30 p.m., I decide to take a different approach: Ask. At the Traver Gallery, a staff member told me that a sculpture by Marita Dingus (priced between $12,000 and $14,000) had been sold to a private collector. Although the agreement has been signed, it is not yet official.

SVM: I notice another red dot at the Harris/Harvey Gallery, an oil painting by Bay Area artist Hiroshi Sato titled “Noted Within.” Between an Edward Hopper painting and a Cubist painting, the scene of a woman lying on a bed was sold for $7,800 to a local private collector, a former client of the gallery. “We hadn’t seen them for a few years,” says gallery director Sarah Harvey. “We reconnected at the fair.”

comics: Connecting with people at the art fair is best achieved through a combination of GPS and conjuring. Every several stalls or so, I see someone standing in the middle of an aisle on their phone, saying things like, “No, I’m at B13. I’m not moving. Come get me.” My own phone is a string of text messages that read, “At D01. Now E09. Oops, now C07.

Soon I get another familiar feeling from past Seattle art fairs – bumping into people who say, “You’ve got obtained to see the room around the corner. I ask them where, exactly, and they bend their arm and point and point out, “It’s right in this corner! I never find it.

How Installment Loans Can Help Increase Buying Power According to Realtimecampaign.com