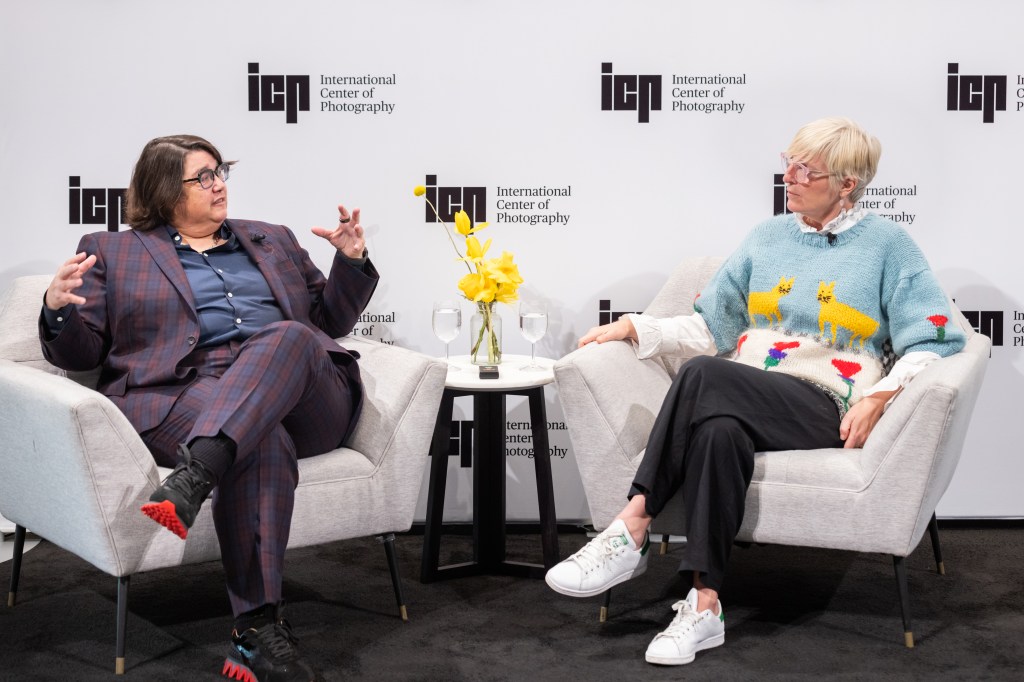 After making its annual benefit “Spotlights” virtual last year, the International Center for Photography on Thursday welcomed an intimate crowd in person.

This year’s event, which supports ICP’s scholarship programs and was sponsored by Christian Louboutin, took place over lunch at the centre’s new home on Essex Street – and on YouTube, where the event was broadcast live. Guests included Debby Hymowitz, Isolde Brielmaier and ICP directors Peggy Anderson and Stefano Tonchi.

Following the opening speech by new ICP Executive Director David Little, Opie joined writer and curator Helen Molesworth to discuss her decades-long career and recent plans. At the start of the pandemic, Opie bought a motorhome (she named it “Lady Thor”) and set out to document the country after the murder of George Floyd.

â€œOne of the things that has happened to all of us during the pandemic period is not only to live in relation to what happened with George Floyd, but also just the incredible frontal perspective of white supremacy in this country again, “said Opie, who turned 60 earlier this year. â€œI watched the news like everyone else; we were at home strapped to our televisions, â€she added. â€œWhen the social media images appeared on Robert E. Lee’s Richmond, Va. Monument and it became an activist site, I was like, oh, I have to go – I have to testify. And I really think a lot about photography versus testimony. “