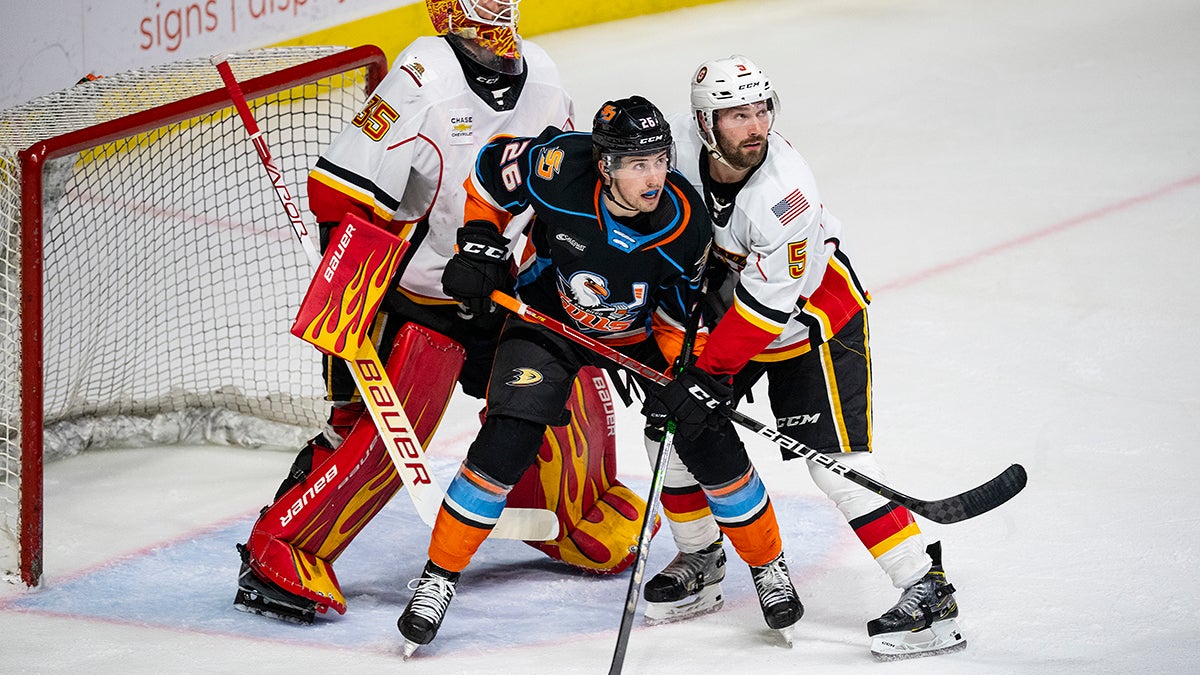 On August 9, the San Diego Gulls signed Logan Nijoff to a two-year contract starting in the 2022-23 season after the center appeared in the last three games of the 2021-22 regular season with the club during an amateur tryout.

“It’s definitely not fully understood yet,” Nijhoff said. “I’ve actually been in Regina (Saskatchewan) all summer just to get more opportunities to train and skate here with some high caliber players. I decided to move here for the been instead of staying at home in Comox BC and as far as he settles down it’s not quite there yet I don’t think it will likely be until I be out there and start, but it’s definitely going to be an exciting change. I’m super excited for this challenge and the opportunity to come.”

Signing a professional contract with the Gulls is the culmination of a remarkable career in the Western Hockey League with the Regina Pats as center, who reached career highs in both a statistical and Community point of view.

“I’ve been very fortunate to have such an important role in Regina in all aspects of the game and I’m certainly looking forward to being able to bring that to San Diego,” Nijhoff said. “Having that opportunity to get my feet wet last year definitely helped me improve on what I need to improve throughout the offseason so I can have an impact next year.”

Additionally, Nijhoff has spent the past three years serving as a player ambassador for Hockey Gives Blood, a non-profit organization working to promote blood and stem cell donation in the hockey community in partnership with Canadian Blood Services. .

“Right away, I wanted to get involved with having a grandmother who needed blood transfusions all her life, and my other grandmother was a blood donor all her life,” Nijhoff said. “It’s definitely a cause I wanted to support and do whatever I could in the community to help those in need. It’s pretty amazing how many people need blood when you really dive into it and it’s something people my age don’t do. I don’t really do it, so I saw it as an opportunity to be a leader in the community and help where I could.”

In April, Nijhoff became the fourth recipient of Hockey Gives Blood’s Dayna Brons Honorary Award, which is given annually to an individual in the Canadian hockey community who demonstrates exceptional dedication and sacrifice to patients who depend on blood and stem cell products in Canada.

“He really reached the top and set a new standard for what it means to be a player ambassador and to keep our program authentic and doing it for the right reasons,” said Stu Middleton, president and co-founder of Hockey Gives Blood. . “He does it continuously and it’s part of his personality and the makeup of the person he is.”

Through his Every Face-Off Counts campaign, which called on people to donate for every puck the center won, Nijhoff raised $8,180 for Canadian Blood Services.

This is very significant considering he won a team leading 818 of 1,404 faceoffs (58.3%) in 2021-22, ranking third among WHL skaters in game winning percentage and fifth in gambling victories.

“After winning the Dayna Brons Honorary Award, I felt extremely humbled and honored to be recognized for such a special award,” said Nijhoff. “It’s an honor to help continue Dayna’s legacy and to help inspire others to give back like Dayna did.

“I would rank this award tied at the top of the list for my professional achievements.”

This year recipient of the Dayna Brons Honorary Award @LoganNijhoff made many significant contributions to @CanadasLifeline .

His character and ability to lead by example are just a few of the reasons he is this year’s recipient. @WHLPats @LaWHL @CHLHockey @SDGullsAHL pic.twitter.com/g2d3Vn1oRz

Nijhoff’s execution of his philanthropic campaign is a perfect representation of how the traits he showed as a player ambassador will continue to translate to the ice, which means he will provide his new flock in San Diego much more than head-to-head victories.

Nijhoff’s work on and off the ice goes hand in hand in many ways. Now that the center is playing hockey at a higher level, his role with Hockey Gives Blood will evolve somewhat.

The native of Comox, British Columbia will see his role as ambassador change now that he plays for the Gulls in the United States, but that has only created the opportunity for Nijhoff to establish a new set of precedents for Hockey Gives Blood as a mentor for player ambassadors upon entering the program.

“Logan’s biggest trait is leading by example, so there’s nothing he asks anyone to do that he wouldn’t do himself,” Middleton said. “That’s where the mentorship comes in and when these young players see a professional hockey player like Logan juggle a nonprofit and play hockey at a high level, it really shows them firsthand what it can be. done and that there’s an impact from that kind of community goodwill I think Logan does a really good job of balancing that but also making that an integral part of who he is and people look up to him for that. When they see him doing it and making it so easy, it inspires others to get involved.”

Nijhoff may seem easy, but the center is very aware of the challenges that await him in his new role with the Gulls. The rookie is excited about the prospect of having his own mentors. Nonetheless, he will impact the Gulls both as a hockey player and as a person.

“This year is going to be a big change for me,” Nijhoff said. “I’m looking forward to bringing to the team what I’ve learned in the past and hopefully we’ll have a really good season.”