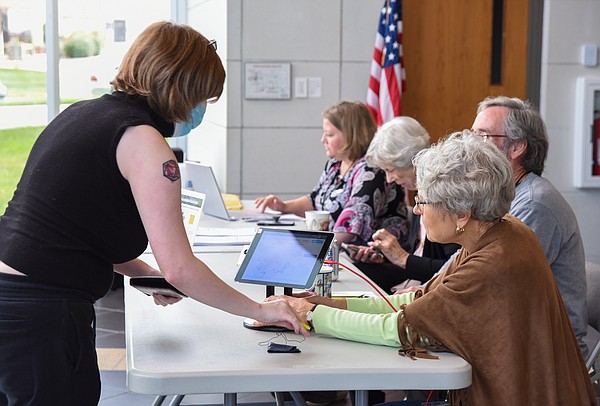 If the privilege of voting isn’t enough to get people to the polls, a hotly contested race might be.

But some voters said a lack of “significant issues” dampened enthusiasm.

Several voters who went to their polling stations on Tuesday said the composition of candidates for certain seats provided additional incentive to vote.

Voters said they wanted to choose who would be on the ballot in November. They have many candidates to choose from.

Former President Donald Trump added to the chaos of the Senate race on Monday night when he threw his endorsement behind “Eric.”

Several voters, taking the confusion in stride, came out of their polling stations and announced that they had voted for Eric.

On Tuesday, there were 11 Democrats whose hats were in the ring for the seat.

“My wife and I collected all the mailings we received this election,” Ferrier said. “We have a stack of at least 100.”

Four Democrats and four Republicans — including the incumbent — ran in the primary for the 3rd Congressional District seat, currently held by Blaine Luetkemeyer, R-St. Elizabeth.

The local hot races were for Republican nominations for State Senate Districts 6 and 10.

District 10 has five Republican candidates, the winner of which will face Libertarian candidate Catherine Dreher in the general election.

Incumbent District 6 Sen. Mike Bernskoetter of Jefferson City faced a challenge Tuesday from Scott Riedel of Lake Ozark in the Republican primary. The winner is unopposed in November.

Voters also said they know multiple primaries will decide who will represent them in Jefferson City.

Incumbent Missouri House 59th District Representative Rudy Veit of Wardsville faced a challenge in the Republican primary from George Bacon of Jefferson City. The winner is unopposed in November.

Outgoing Missouri House Rep. Willard Haley of Eldon faced a challenge from Casey Pemberton of Clarksburg. The winner is unopposed in November.

Ferrier said he felt good about getting out and voting, and exercising his freedom to do so.

“It’s important to vote whenever you can,” said Rick Six of Jefferson City.

Jimmy Grist said he was working to make sure the people he loves would be on the ballot in November.

“I hope everyone comes out and votes in Missouri,” Grist said.

Election judges at many polling stations said the day started slowly but picked up quickly.

As of 11 a.m., 274 registered voters had voted at Solid Rock Family Church on Hunters Run Road. There are over 3,000 voters in the Jefferson/Apache Flats neighborhood. Poll workers said they had a steady stream of voters coming in throughout the morning and reported no problems during that time.

Juanita Rampy said she tried to be as informed as possible about the issues before coming to vote.

“There are so many sources you have now that it can be confusing, but I want to try to make sure I have enough (information) to vote for the best person possible,” she said. .

“We have so many problems in this country right now, and I think a lot of people believe, like me, that it starts in Washington,” Skiles said. “I’m 70 and there aren’t many ways for me to make a difference, but this is one, so I’m going to do my part.”

Robertson said the polling place had no problems and turnout was better than she expected. But the election chatter usually found on big election days was not there.

“There doesn’t seem to be any big pimple issues,” she said. “It looks like it’s actually been pretty quiet, especially given the last two national elections.”

At noon, Robertson said she expected the precinct to meet or exceed turnout expectations.

Priddy said he and his wife try to vote in every election because if they don’t they will lose a right and a responsibility.

“My wife and I discussed which ballot we wanted to take,” he said. “Sometimes we’re Republican, sometimes we vote Democrat, so we decided which one we wanted to run today, and we picked that one. I don’t think we voted for the same people in every race, but It’s okay. We still have domestic harmony at home.

Priddy said there were plenty of U.S. Senate candidates he didn’t know about, but the rest of his ballot was mostly made up of uncontested races.

Kathy Raithel, who said she votes in most elections, was surprised by the lack of contested races on the ballot.

Raithel was not driven to the polls by any particular race, she said, but rather to exercise her privilege and duty to vote when she can. She said the process was quick and easy on Tuesday.

“We as American citizens have to take advantage of this privilege because there are many countries that don’t have this privilege,” she said.

Dale Nilges said the U.S. Senate race brought him to the polls.

“I’m fundamentally very unhappy with the way things are going not just in (Washington) DC, but in our immediate area,” he said. “And that’s one of those things where I think some people probably have to go.”

Nilges said there were several strong candidates in the race, but declined to say whether he voted in the Republican or Democratic primary.

Nilges said it is important to exercise the right to vote when he is unhappy with the state of government, which is why he tries to vote in every election.

“Today’s vote was a step in the right direction, I hope,” he said.

Local voters at the McClung Park polling station were very excited to get to the polls and bring about the change they seek.

Richard Johnson said he was disappointed with some aspects of the Democratic candidates and their campaigns.

“I would have liked to see more campaigning from the Democratic Party,” Johnson said. “I hardly recognized any of the names on the list of candidates. It would be nice to see more of them and know what they are talking about.

Voter Susan Brand said: “These elections are always as important as any other. It’s the American thing to do. If we don’t use our voice, we just lose it.

Several of the people heading to the Association of Missouri Electric Cooperatives polling station around noon Tuesday had the same goal: to elect Republicans on the ballot.

“There’s no hard evidence or anything in this election as far as I’m concerned,” Dennis Elya said. “I just came to vote and see which Republican will end up representing us best.”

While many were focused on weighing one Eric against the other in the race for the US Senate, Charles Morris said his priority was more local – voting for incumbent Jefferson City lawmaker Sen. Mike Bernskoetter.

“I came out for one person mainly – Mike Bernskoetter. The rest doesn’t worry me,” Morris said. “He’s a family man, and he does what he has to do. You can’t vote for everyone, you have to vote for what you think is right, and I think he does.

Others said they voted in every election to fulfill their civic duty, including Clark Frost, who picked his pick for the Democratic nominee for the US Senate.

“I vote every time for who I think will best represent me and our values, and I go with (Trudy Busch) Valentine,” he said. “I think she will do the best job.”

At Faith Lutheran Church, there was a steady stream of people in and out, and 229 people had voted as of 1:10 p.m., about the same as most non-presidential primaries, according to election officials.

Kent Burson said he isn’t particularly excited about any of the candidates on the ballot, but he makes sure to vote in every election.

“It’s a keystone of democracy in the United States,” he said.

Christina Simmons said it was important to her to practice her civic duty and to vote.

“I really love girl power, so I wanted to make sure I voted for women on the ballot,” she said. “I was taught that if you don’t vote, you have no right to complain.”

At the Capital West Christian Church Event Center, voters in the 4th Ward said they came to vote in order to fulfill what they saw as an important obligation.

John McDaniel said it was a patriotic duty to vote to “steer our country in the right direction”.

“If you don’t vote, you have no right to complain,” McDaniel added.

Every time there’s an election, Lesley McDaniel shows up to vote, she said.

“And at some point, as things stand, it’s more important than ever to get out there and vote,” McDaniel said.

Election officials at the center of the event said turnout was on track to reach around 30-32%. By 2:30 p.m., 638 ballots had been delivered to the site. 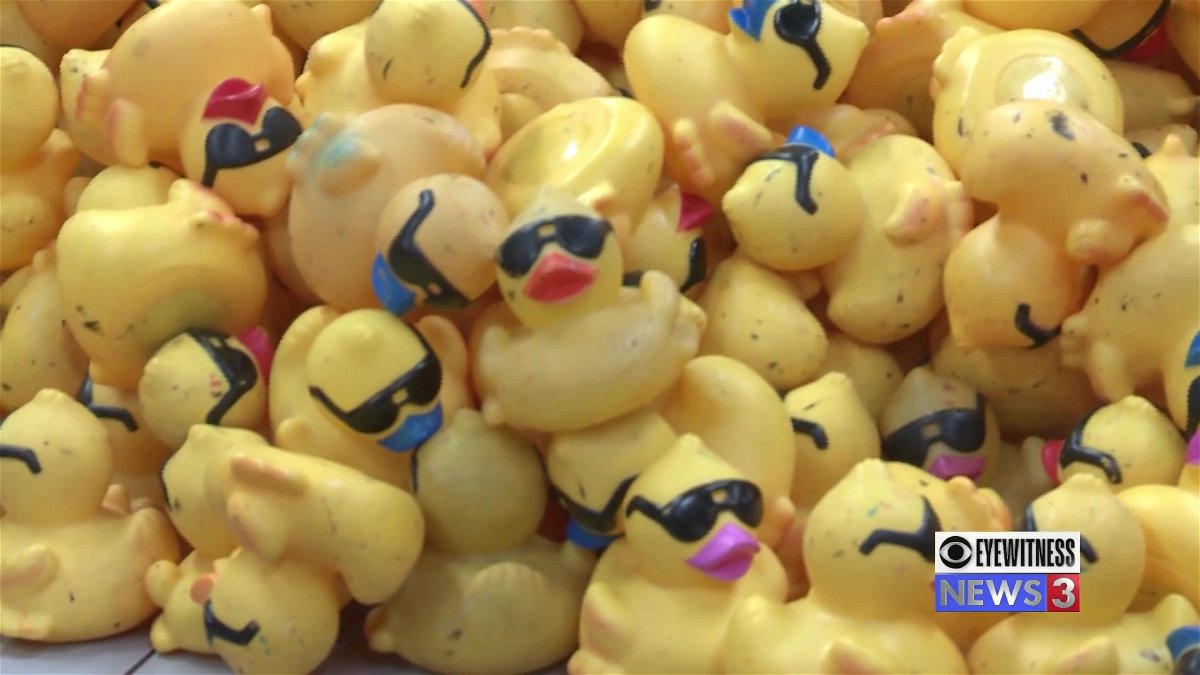 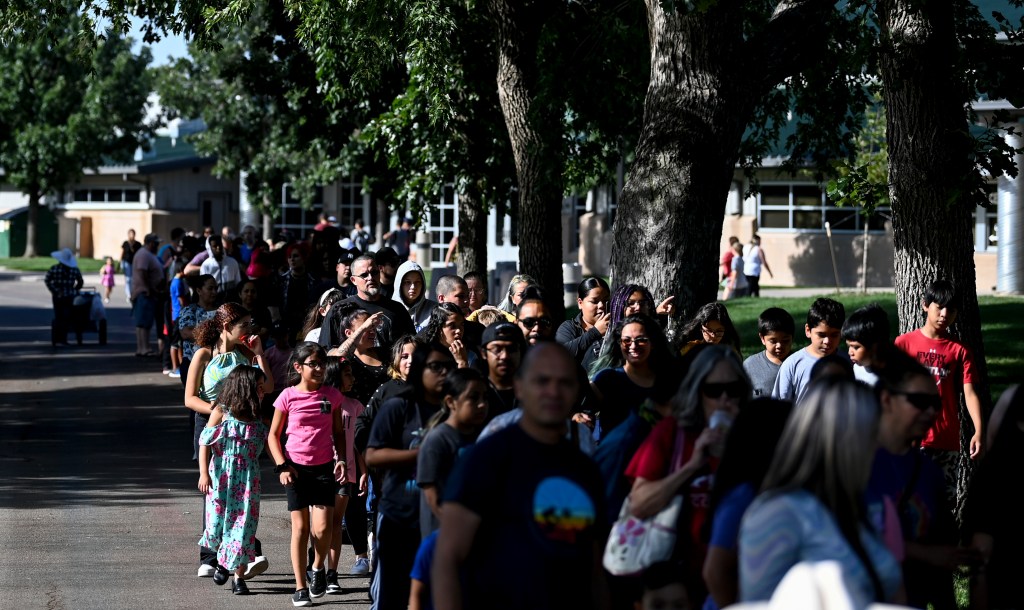