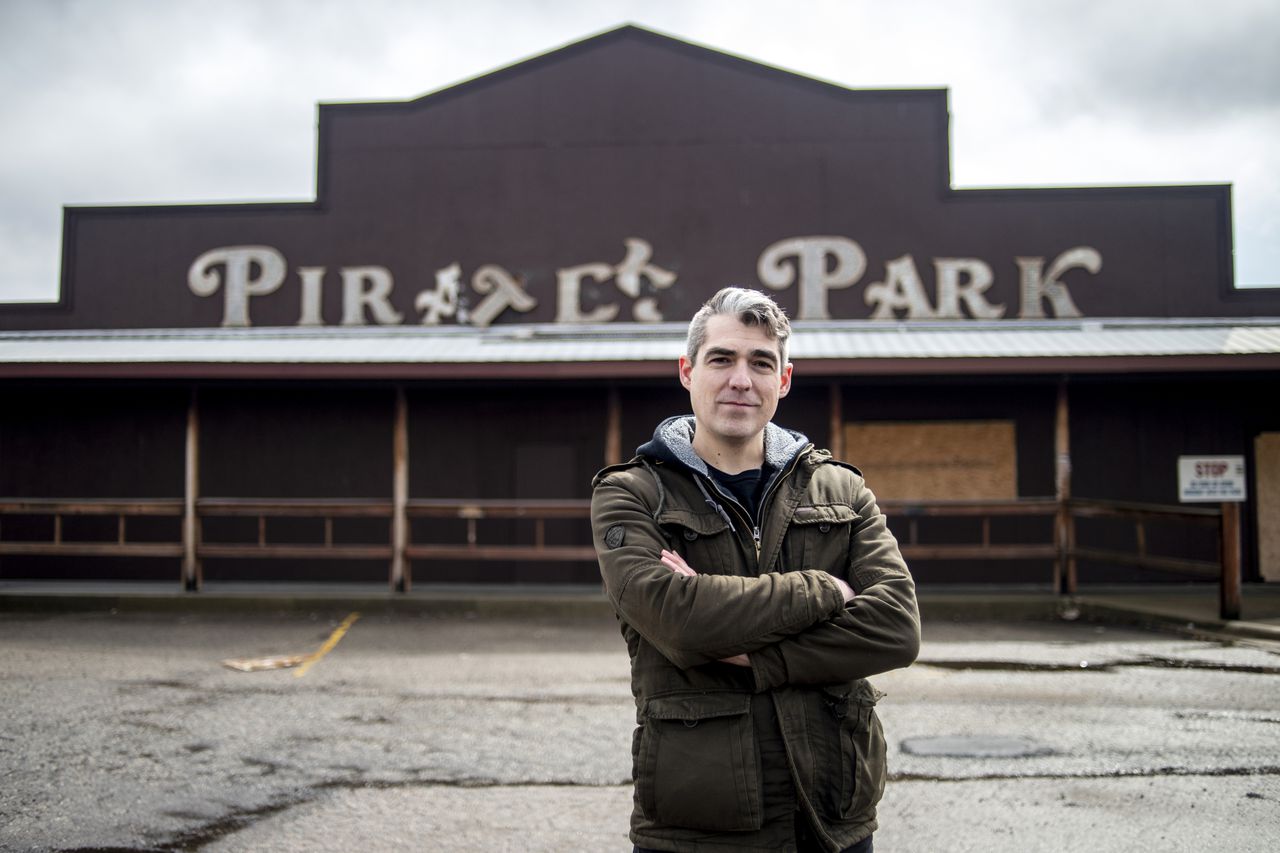 FLINT TWP, MI — If 160,000 people in the Flint area gave up their morning coffee and instead promised Danen Williams a dollar, Genesee County would have an amusement park.

The entrepreneur is trying to raise funds to reopen Pirate’s Park, a long-closed amusement park in the heart of Flint Township’s business on Miller Road.

Pirate’s Park, which opened in 1991 and closed in 2011, was once the favorite spot for local families and children for birthday parties and special events, Williams said.

Related: Pirate’s Park in Flint Township was a cool place to hang out in the summer

Williams wants to fill the entertainment void for area families.

Outside of restaurants and bars, there are no options for going out and having fun for parents and children, he said.

“These places exist almost everywhere and this model has not failed. It just didn’t work out here,” Williams said. “If you want to take your kids anywhere after 6:30 p.m., you’re done. You’re not going.

This isn’t the first effort in recent years to bring the facility back to life.

In 2015, a developer received approval for plans for a multimillion-dollar project on the property, according to MLive-The Flint Journal records.

However, Tracey Tucker, director of economic development for the township of Flint, said those development plans fell through when the company lost financial support for the project.

The township also turned down a $1.5 million grant from the Michigan Natural Resources Trust Fund in 2020 that could have been used to purchase the property, following a DDA feasibility study weighing the pros and cons of turning it into a recreation area.

Williams envisions a full-fledged entertainment center that can also be used as a hangout. Under perfect circumstances, Williams wants to bring a restaurant, arcade, live music and theater, events center, and even after-school programming to the space.

Kickstarter is an all-or-nothing fundraising site that only takes money from bank accounts if the end goal is met. Williams set the goal at $168,400 to buy the property and pay the rest over a 10-year plan.

If the project is supported, backers can get their money back in the form of store credit, he said.

Getting the property is the biggest hurdle. After that, Williams was in contact with developers who are ready to invest after acquiring the property.

“If we can prove that people care, (investors) will jump on the bandwagon,” he said.

So far, about three weeks into the 45-day campaign, the Kickstarter is backed by 43 backers.

Williams wants the public to know he is serious about reopening the park.

Williams and the council he works with to reopen the park are hosting a fundraising event in the parking lot in April for people to come ask questions.

There will be music, games and food starting at 1 p.m. on April 9 at the venue, located at 4157 Miller Road.

More details can be found on the park’s social media pages.

'Let's get back to business': Canada set to clinch World Cup berth after 'punch' loss