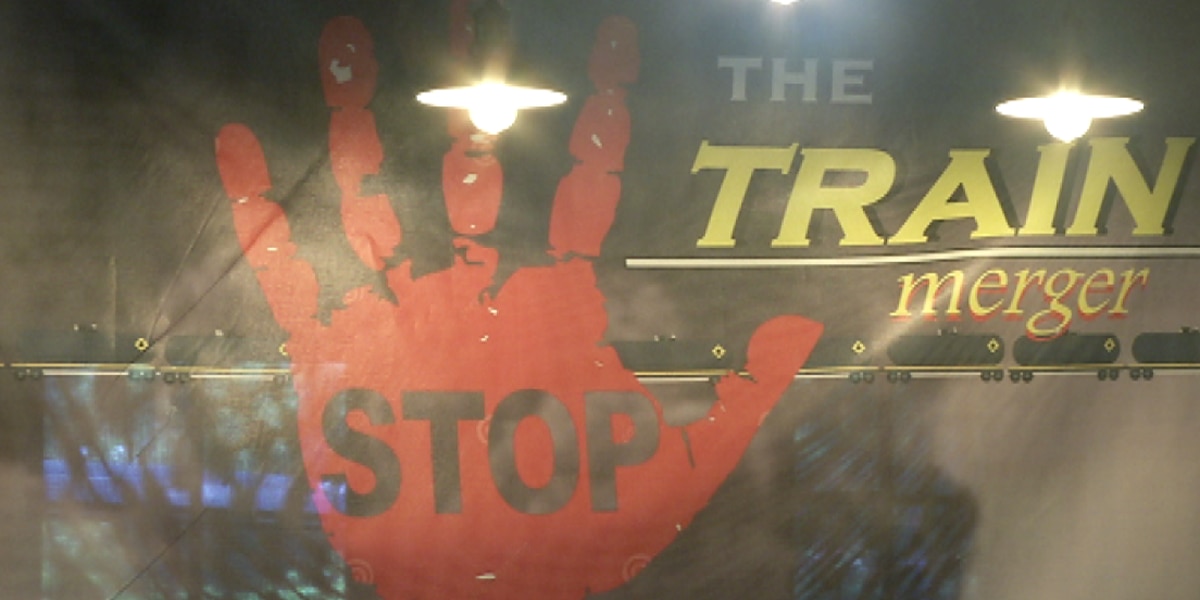 DAVENPORT, Iowa (KWQC) – A coalition of community leaders up and down the Mississippi River has expressed opposition to the potential merger of Canadian Pacific and Kansas City Southern.

The organizer of a Tuesday morning press conference and “Stop the Train” Facebook page, Michelle Russell, said she doesn’t believe the town of Davenport should have agreed to its settlement with the railroad.

“My confidence that they’re going to do the right thing by the residents is zero,” Russell said.

The group called on other local governments, community organizations and individuals to speak to the Surface Transportation Board and ask it to reject the merger.

For example, John Gardner, former president of the Quad Cities Development Group, wanted organizations like the Quad Cities Chamber of Commerce and the Village of East Davenport to talk about the effects of tripling rail traffic.

“Why are they [these groups] are they or why aren’t they important players in trying to save or save the riverfront from what would be a real big hurdle,” Gardner said.

Meanwhile, representatives from Princeton, Camanche and Clinton County also called on local governments to band together.

Ann Geiger, a member of the Princeton Planning and Zoning Commission, expressed concern about the effects increased noise could have on property values ​​and the river.

“I strongly believe the Mississippi River is something we need to protect,” Geiger said. “Any damage to the river not only affects here, but also downstream.”

Similarly, Molly Newell, the founder of EnviorNET, an environmental engineering firm in Quebec, was also concerned about potential water, air and noise pollution.

Russell called on those affected by the merger to sign their petition.

“I do not want [people opposed] in three months, in three years, with the trains going by,” Russell said. “They don’t take advantage of the river and they’re like, ‘How did this happen? I don’t even know about that.

In response to the group’s environmental impact claims, a CP spokesperson provided the following statement to TV6 News.

“CP continues to engage with a number of Eastern Iowa communities and counties and, as you know, has entered into agreements with Davenport, Bettendorf and Muscatine, and made generous offers to a a number of others.

For requests for comments on impacts, I point to the conclusion of the recently released draft environmental impact statement, which says:

‘based on consultation with federal, state and local agencies; consultation with tribes; comments provided by organizations and the public; and its own independent environmental analysis, the OAS concluded that, apart from train noise, which could cause adverse impacts in some locations, the potential adverse impacts of the proposed acquisition would be negligible, minor and/or temporary. »

The STB will hold three virtual and four in-person public forums regarding the merger starting September 7. It will also take written comments on its website until September 26.

One of these four in-person meetings will be held in Davenport. It is scheduled for September 13 at the River Center from 6-8 p.m.

5 reasons why inflation may have peaked | Arena