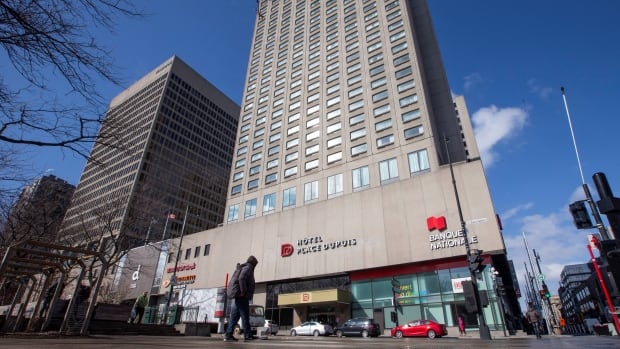 Shelters for asylum seekers in the Montreal region lack space

Since the reopening of Roxham Road in Quebec last November, the unauthorized border point has seen the highest number of irregular border crossings in nearly five years, well over 2,000 per month.

Peggy Larose, reception and integration coordinator for new arrivals at La Maison d’Haiti in the Saint-Michel district, says the nonprofit resource center has seen an upsurge in asylum seekers.

“[It] increased our workload with already limited resources,â€ she said.

The Hotel Place Dupuis in downtown Montreal, recently converted into a shelter for the homeless, now also welcomes asylum seekers. More than 500 are currently hosted there, but its site is about to reach capacity.

â€œWe are in the red here. We are in the red,â€ said Francine Dupuis, executive director of the CIUSSS du Centre-Ouest-de-lâ€™Ã®le-de-MontrÃ©al, which oversees PRAIDA, the provincial government agency that helps claimants in their first months.

PRAIDA indicates that there are more than 1,000 people occupying the beds offered by the organization in Montreal, including those at Place Dupuis, out of a possible 1,300. The Canadian federal government, for its part, rents nearly 900 hotel rooms occupied by asylum seekers in the Montreal area.

Another challenge in Quebec is the time it takes to process immigration documents.

“Right now, those who are trying to get a work permit are facing delays of six months, eight months,” said Stephan Reichhold, director of the Round Table of Organizations Serving Refugees and Immigrants.

In this context, the number of Ukrainian refugees promised by Canada could require the sustained mobilization of community actors.

The Government of Quebec announced this week a program to help people with family in Ukraine sponsor their loved ones to bring them to Canada. The government is also committed to speeding up the processing of temporary immigration applications.

In Montreal, the official opposition asked the administration of Mayor ValÃ©rie Plante to resurrect the coordination committee set up in 2015 to welcome Syrian refugees and to set up an online form to identify offers of assistance. Montrealers.

A lawyer from Quebec has already collected nearly 200 names of Canadians ready to welcome refugees into their homes.