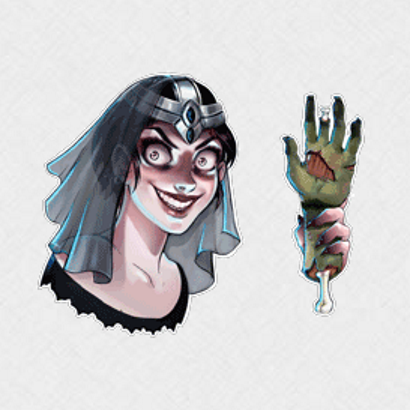 It’s Wednesday again, which means Wizards of the Coast have provided us with an update on everything Magic: Arena through their MTG: Arena announcements bulletin. With the recent release of Innistrad: Midnight Hunt on the client, there isn’t a lot of new information that wasn’t already covered in last week’s announcements – mostly just another update on fixes from ongoing bugs as a result of recent content additions.

Like last week, Wizards included a list of fixes in today’s announcement that will be rolled out in a customer update tomorrow, Thursday, September 23. Here is the list provided:

Now that the Midnight Hunt is upon us and the Standard Rotation has taken place, Wizards is hosting a new Standard Metagame Challenge on Arena that will take place this weekend from September 24-27.

The event will take the form of traditional best-of-three matches. It will be a single elimination event, which means you play until you hit the max of seven wins or a single loss. The entry fee will cost 2,000 gold or 4,000 gems, and the stakes are quite high. See the following table to see the structure of the event rewards:

Other than that, there isn’t much new to take from this week’s announcements. See below for the full text of the original Wizard announcement. In addition to what’s covered above, you’ll find a reminder on the new cosmetic packs for Midnight Hunt and an updated calendar of arena events.

The bugs are being eliminated as we continue to work on the issues you reported. Tomorrow’s release will have more fixes, including these:

If you are stuck in the construction status of the bridge, please follow this link to contact customer service and complete the form after selecting â€œReport a problem in your eventâ€ from the drop-down list.

We return to the dark plane of Innistrad with the release of Innistrad: Midnight Hunt, and you can play it now in MTG Arena! New events are live, and packs and packs are available in the store.

If you haven’t already, check out the latest State of the Game article that covers the new set, along with details on the standard rotation and renewal rewards.

Innistrad: Midnight Hunt came out on MTG Arena, and you can get packs and packs right now in the store, including:

Middle of the week Magic