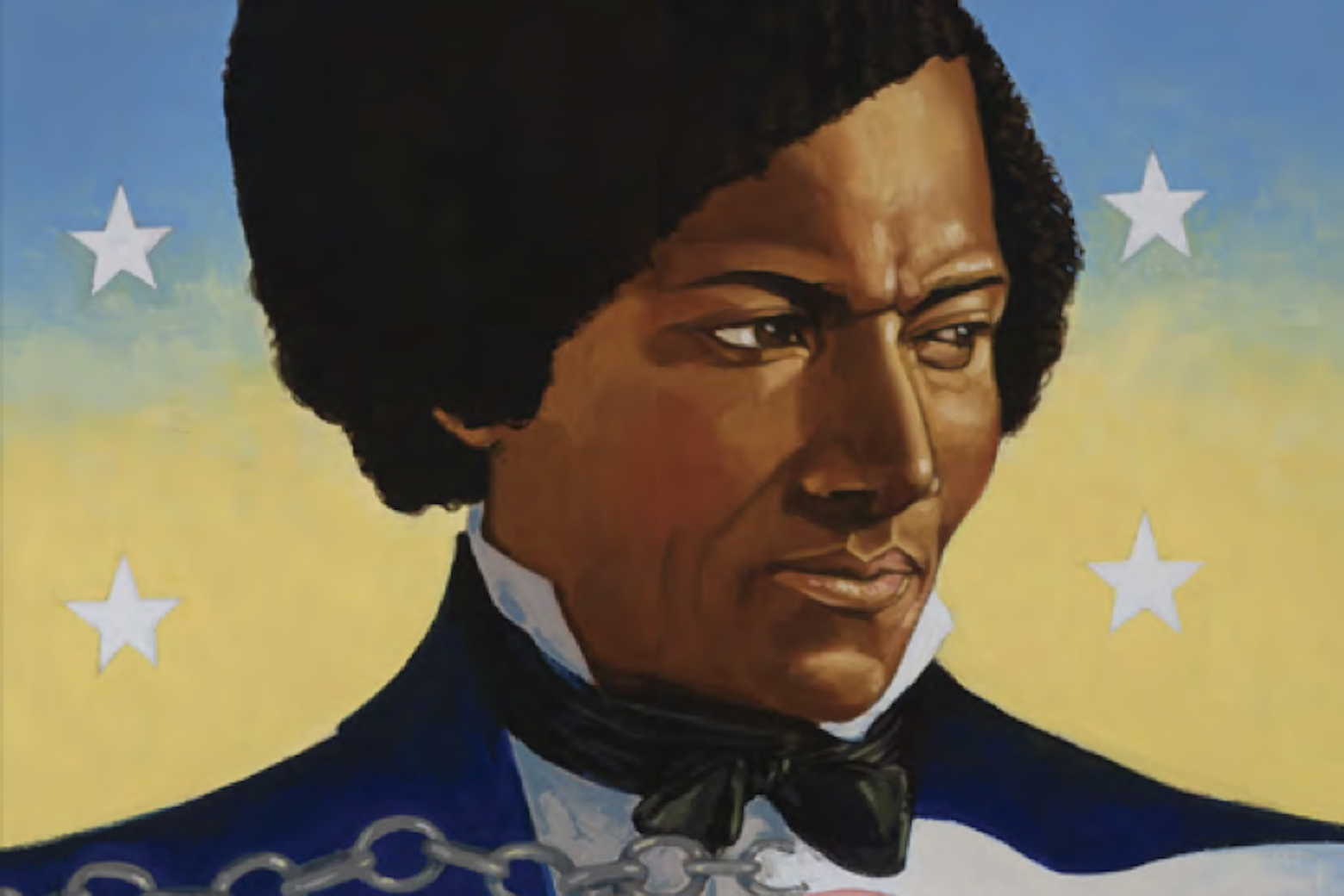 A musical based on American abolitionist hero Frederick Douglass has its world premiere in the nation’s capital. Arena Stage presents “American Prophet” until August 28.

A musical based on American abolitionist hero Frederick Douglass has its world premiere in the nation’s capital. Arena Stage presents “American Prophet” until August 28.

Actor Cornelius Smith Jr., who plays Douglass in the play, spoke to WTOP about how they approached this historical figure.

“When you think of Frederick Douglass, you think of the white-haired, white-bearded former statesman,” Smith said. “We focus on his earlier life, in his mid to late 30s, a young man who begins to understand who he is and begins his journey… We go a bit in order, but bounce from periods and different speeches.

Douglass was born a slave in 1817 in Talbot County, Maryland, before escaping on a train to New York in 1838. Settling in Massachusetts, he became a world-renowned abolitionist who influenced the President Abraham Lincoln and documented his journey in three must-reads. autobiographies.

Douglass lived out his final years in DC, until his death in 1895.

“It’s crazy to think about and also really interesting to be able to tell his story in a city where he actually lived, where he actually walked the streets,” Smith said. “Frederick Douglass has traveled the world, but Maryland and DC…that’s his home for him. He was probably the first African-American to go to the White House and meet the president.

Not only does the musical explore Douglass’ remarkable life, but it also explores the largely untold story of his wife, Anna Douglass. Anna was a free black woman from Baltimore whom he met in 1837, further inspiring him to seek his escape over the next year.

“Anna doesn’t get talked about in the history books,” Smith said. “If there was no Anna, there would be no Frederick…Anna helped him escape…Anna was a seamstress, so she sewed a sailor outfit for Frederick to dress up and run away… She helped with the Underground Railroad, freeing slaves when Frederick was giving speeches.

“It’s very pleasant to work with her,” said Smith. “I met Kirstolyn years ago, before this production, so it’s been a loop moment to come back and join her.”

“I’ve always wanted to do a musical, this is my first, so I’m really excited and feel really lucky to have such seasoned veterans around me like Kristolyn,” he added.

The musical is hosted by director Charles Randolph-Wright, who has previously presented “Born For This: The BeBe Winans Story” at Arena Stage and “Motown the Musical” at the National Theater. Smith said he was overwhelmed with the production.

“Listen, let’s go!” he said. “It’s not like a full set where we’re in a real city, there’s no big chunks coming in… We come and go out of time. Personally, I like it when the actors are left to help create the world… The costumes are on fire! You will see the big dresses they wore at that time… Dressed up people! They got their makeup done!

Randolph-Wright co-wrote the piece with Marcus Hummon, the Grammy-winning songwriter of country music hits like Rascal Flatts’ “Bless the Broken Road”, The Chicks’ “Cowboy Take Me Away”, “The Cheap Seats” from Alabama and “Tim McGraw” One of these days.”

“Music is really what drew me to it,” Smith said. “It’s so visceral… Every song is special…”

“‘What Does Freedom Look Like’ is the song I start the piece with… ‘We Need a Fire’ is [his] Fourth of July speech when he said: “It is not the light that we need, but the fire. It’s not the soft shower we need, but the thunder. We need the storm.

Now, for the rest of the time, some of the iconic speaker’s speeches will be cemented into song.

“So go out, have a good time, laugh, get your heart pumping, get your mind racing, that’s theater.”

Listen to our full conversation here.