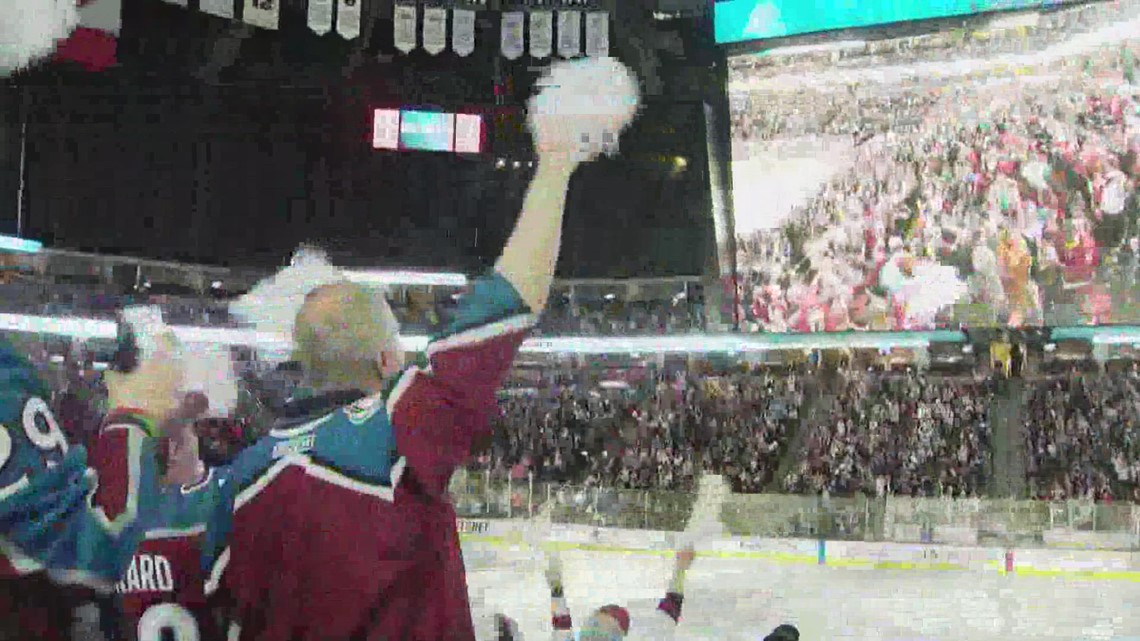 The Avs arena is hosting watch parties for Games 3 and 4, which will be played in Tampa.

DENVER — Ball Arena will host arena watch parties for Games 3 and 4 of the Stanley Cup Finals, which the Avalanche will play in Tampa.

The parties are in addition to the outdoor events held on the Tivoli Quad outside the arena.

> The video above is from June 6, when fans celebrated Avs winning the Western Conference

The Avalanche play Game 2 on Saturday at home, then travel to Tampa for Games 3 and 4 against the Lightning on Monday and Wednesday.

The arena said admission to Monday and Wednesday watch parties is $20 each, with proceeds going to Kroenke Sports Charities. Seats will be allocated based on the best available seats. Parking will be free. Concessions will be available for purchase.

Doors to watch parties open at 5 p.m., with matches airing on the Ball Arena set from 6 p.m.

Tickets go on sale at 12 p.m. Friday via Ticketmaster.

If necessary, the Avs return to Ball Arena for Game 5 on June 24.

A Game 6 would be played in Tampa on June 26, but there would be no Ball Arena watch party for that game due to a Chris Stapleton concert scheduled for the same time.

The Avs would return to the Ball Arena on June 28 for Game 7, if needed.

Watch parties are in addition to the large outdoor parties held near the arena during every Stanley Cup Final game, home and away.

Tivoli Brewing Company is working with Kroenke Sports & Entertainment to block the quad in front of the brewery for these parties. The area is filled with food trucks, bars, and big TVs to watch the game. Free entry.

Free parties are also held through LoDo at McGregor Square.