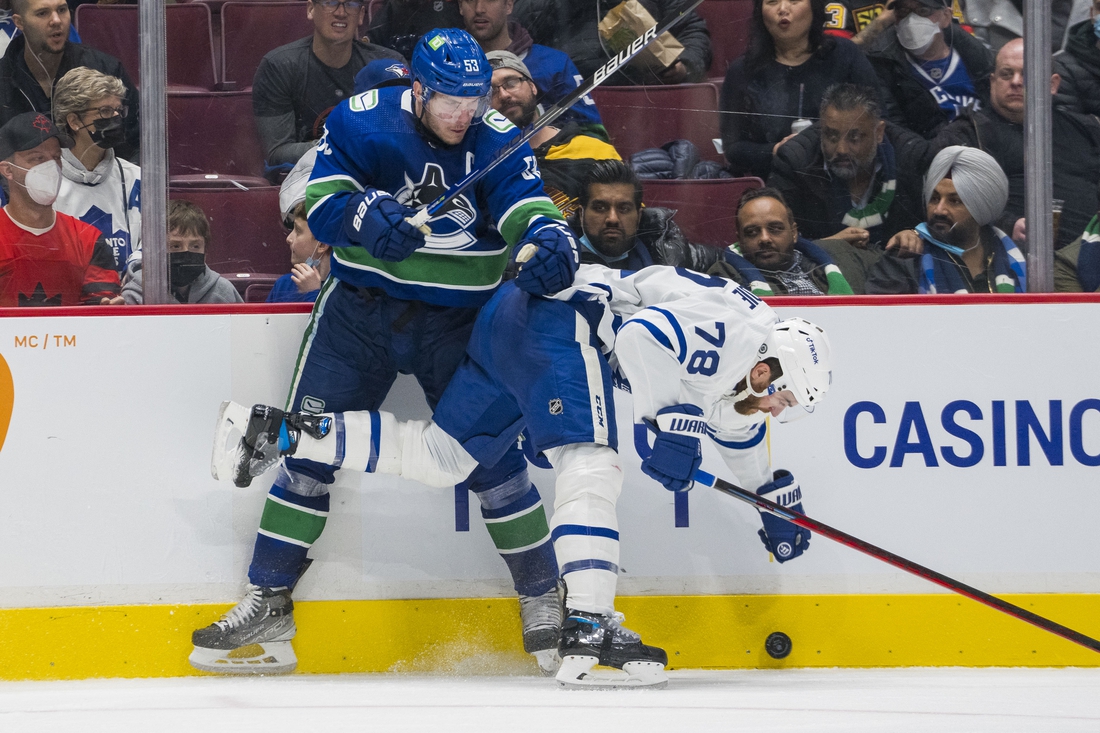 British Columbia health officials announced on Tuesday that events will be able to return to 100% this week after the COVID-19 Omicron wave, which means the Vancouver Canucks can accommodate a full crowd at their next game in home Saturday against the Anaheim Ducks.

The Canucks haven’t hosted a full-capacity crowd at Rogers Arena since Dec. 14 for a game against the Columbus Blue Jackets. In the days that followed, Omicron’s spread in the NHL caused numerous postponements and soon led to a temporary league-wide hiatus.

British Columbia had previously capped indoor events at 50% to facilitate social distancing. The NHL postponed many home games for Canadian teams in January due to the financial impact of a lack of fans, if any.

The news comes a day after Ontario officials announced that the NHL’s Toronto Maple Leafs and Ottawa Senators, as well as the NBA’s Toronto Raptors, could increase capacity by 50% starting Thursday. A limit of 500 fans had been in place at Scotiabank Arena in Toronto and the Canadian Tire Center in Ottawa since January 31.

“Today’s news has been made possible through the efforts and commitment of everyone over the past few weeks and months as we have all weathered the final challenges of the pandemic,” said the President of the business operations of Canucks Sports and Entertainment, Michael Doyle, in a statement.

“But now is an exciting time to look again to the future. Today’s announcement is great news as we head into our next Canucks home game on Saturday, and for our teams and our fans in Vancouver and Abbotsford for the rest of the season.

The Canucks are sixth in the Pacific Division and are 10-9-3 at home this season.

The Paranoid Style in Canadian Politics