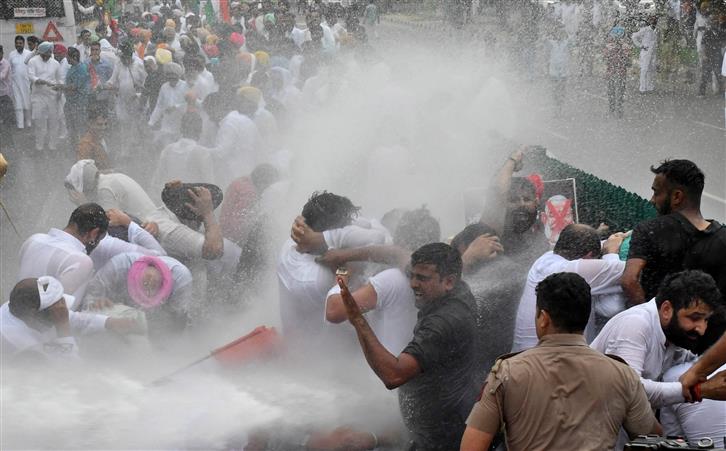 A large number of Congress workers today protested against rising prices, the imposition of the Goods and Services Tax (GST) on essential items and unemployment in the country.

As congress workers tried to march towards Raj Bhawan to submit a memorandum to the governor, police used water cannons to disperse them and arrested the protesters.

The head of the Pradesh Congress Committee (PCC), Amrinder Singh Raja Warring, has criticized the government led by Prime Minister Narendra Modi for its “insensitivity” to the suffering of an ordinary man.

The duo said inflation had impacted everyone and voters should overthrow the Modi government in the Center in 2024. They also warned police and officials to stop targeting Congress workers.

In Bathinda, Congress leaders and workers shouted slogans against the Center over rising prices.

Congressman’s Arun Jeetmal said, “Because of the Center’s bad policies, inflation has skyrocketed and people are struggling to make ends meet. During the UPA government, a bottle of LPG was sold for Rs 450, which now costs Rs 1,095. The prices of basic necessities have risen sharply in recent years.