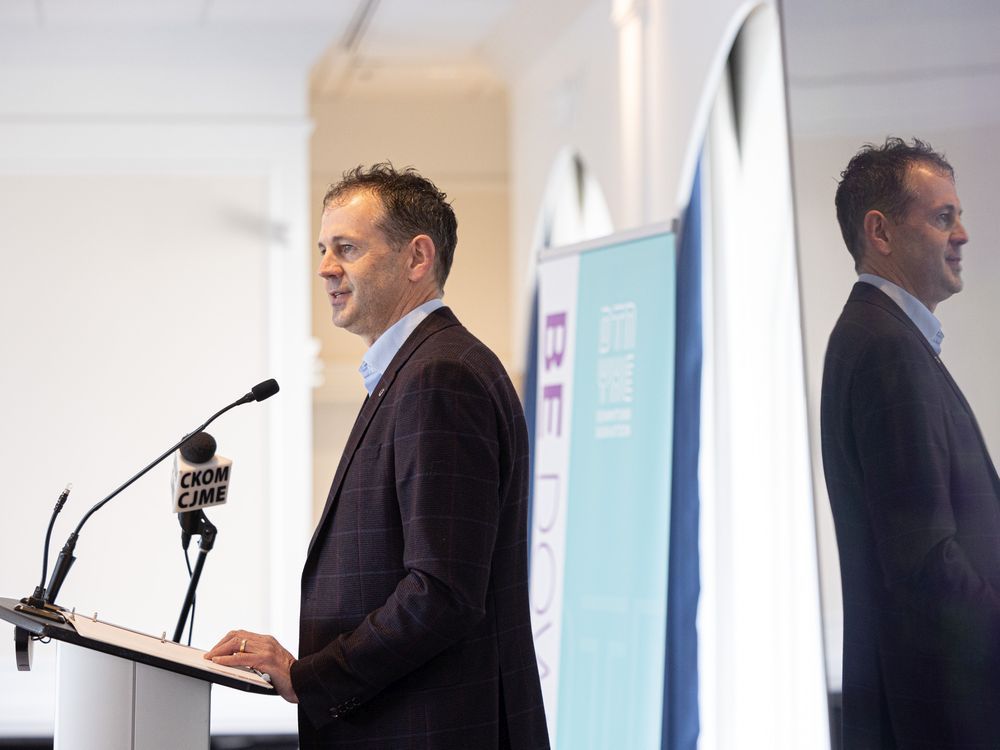 No details yet on proposed locations, but the option to renovate all or part of TCU Place appears to be on the table.

A series of videos promoting the construction of a new downtown entertainment and events district has the head of Saskatoon’s downtown business improvement district reflecting on the 1960s.

Brent Penner, downtown Saskatoon’s executive director, said he believes the city is at a similar point to the situation it faced 60 years ago when the train tracks were pulled from the center -town. The move shaped the heart of the city for decades to come and paved the way for Midtown Plaza and TCU Place.

“I don’t think that’s too strong an image compared to what we’re talking about today. I mean, it has the potential to be crucial to our community,” Penner told reporters after the video was unveiled, the first in an 18-part series produced by Downtown Saskatoon.

Discussions about the new district began in earnest six years ago, with a report from consultants sounding the alarm that SaskTel Center and TCU Place were nearing the end of their useful lives. Since then, most city reports and other published materials have referred to a downtown entertainment and events district centered “on a new arena and convention center.”

The language about a “new” convention center was around until March 2, when it appeared on a city call for applications to an advisory group to support the development of the new neighborhood. When the city announced the 17-member group on March 28, the notice’s wording instead referred to a neighborhood built around “a new arena and a new or renovated convention center.”

Penner, who is also a member of the advisory group, suggested on Tuesday that there is now at least talk of keeping or renovating some elements of TCU Place.

However, he had no information to share on where a new arena might be built. For now, he said downtown Saskatoon hopes the video series will help people understand the need to replace Saskatoon’s aging arena and convention center in order to continue to attract events and visitors. major concerts.

“We need to make sure we’re competitive in the Canadian landscape,” Penner said, noting that most major Canadian cities now have more modern facilities than Saskatoon, with most located in central neighborhoods.

Although he stressed he was unaware of any information on the final list of potential venues, Penner said he would prefer an arena built within walking distance of existing hotels and major transport routes in common. Generally, he said that would tend to favor keeping the arena somewhere in the area of ​​downtown Saskatoon bounded by Idylwyld Drive, East 25th Street and the river.

Penner said he looks forward to a long-awaited report from the city listing potential sites for council to choose from.

Com. Cynthia Block is co-chair of the new advisory group and leads the council for downtown development. She said she looks forward to a public conversation about potential locations for the new neighborhood after years of working behind closed doors.

While she also remained tight-lipped about any specific potential locations, Block said what started as a list of seven sites in 2018 was vanquished after input from engineers and other experts.

“You start to realize that some sites just aren’t possible, and that’s all I can say about that: some sites won’t be possible, but there will be options,” she said. .

The Downtown Events and Entertainment Advisory Group will hold its first meeting next week. According to the most recent information on the city’s website, a report to council with a shortlist of whereabouts options is expected in the first quarter of this year.

News seems to be flying towards us faster all the time. From COVID-19 updates to politics and crime and everything in between, it can be hard to keep up. With that in mind, the Saskatoon StarPhoenix has created an Afternoon Headlines newsletter that can be delivered to your inbox daily to ensure you are up to date with the day’s most vital news. Click here to subscribe.