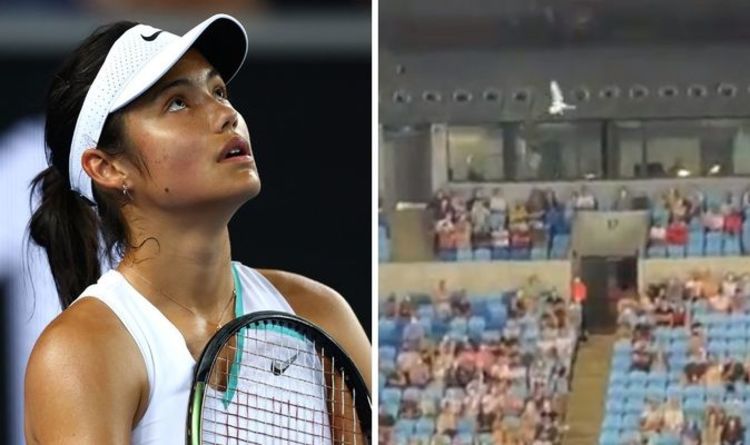 Emma Raducanu and Danka Kovinic had to stop briefly during their second round match inside the Margaret Court Arena due to a seagull flying into the stadium. The British No.1 was making her Australian Open debut this week and landed a flyer against former US Open champion Sloane Stephens in the first round.

Despite dropping the second set, Raducanu comfortably dispatched the American to advance to the second round.

And it looked like another comfortable night against Kovinic on Thursday after Raducanu won the first three games.

But the blisters on Raducanu’s hand were clearly taking their toll on Raducanu, who had to take medical time off to get him treated.

After having her hand rewrapped, Raducanu returned to the court, but Kovinic quickly won five games in a row before holding on to win the first set.

The continual service breaks continued into the second set, but Raducanu looked much more in control.

Despite losing his serve at 4-4, Raducanu bounced back immediately before forcing a deciding set.

At 2-1, Raducanu had three chances to break his opponent’s serve but failed to take full advantage of them.

And she was punished in the next game as Kovinic struck the first blow to take a small lead.