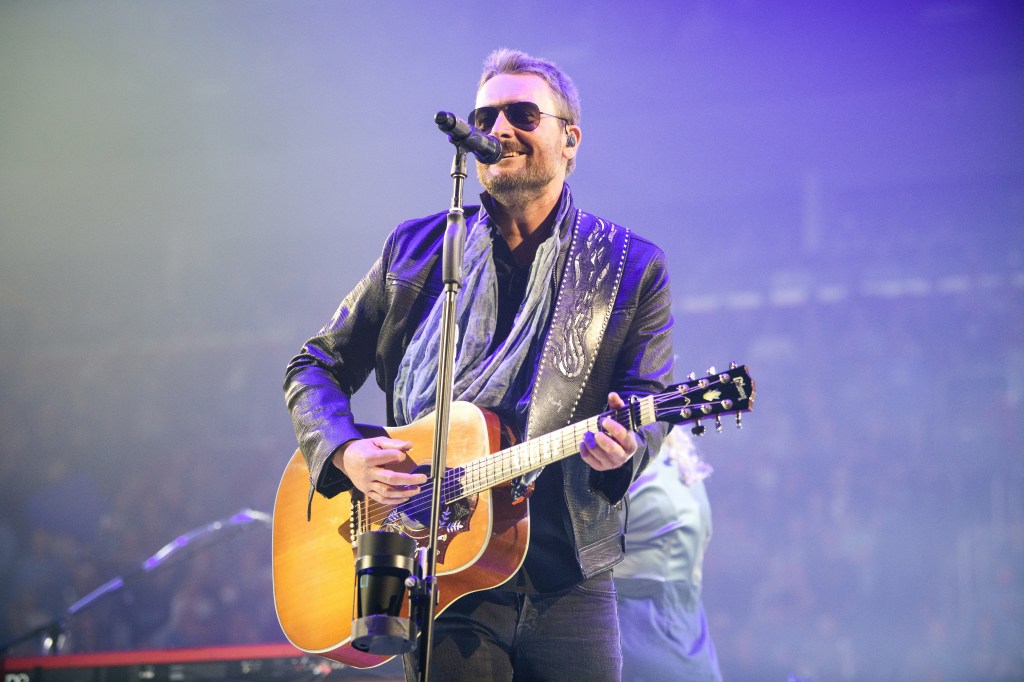 Eric Church was in no rush to take the stage Saturday night, Jan. 22, at Little Caesar Arena.

But he was also in no rush to get out of it, much to the delight of his full house of fans.

The country star and his seven-member band waited nearly 80 minutes after the posted start time of 8 p.m. to take the stage – a 2,4000 square foot set in the middle of the arena to provide a view to 360 degrees. However, the church and company made up for it, keeping the crowd (north of 16,000, one of the largest ever at Little Caesars) in the building and up until past midnight, going through 36 songs. who reviewed a productive 16-year career, from his breakthrough hit “Springsteen” to his 2021 triple releases “Heart”, “&” and “Soul”.

Church has been doing the long shows for years, of course, but where they sometimes felt long for the duration, Saturday was refreshing and greaseless, moving quickly from song to song and hitting all kinds of highlights in road course. The staging also helped, as he neatly played from all sides of the room while an NFL-caliber video production played close-ups on four giant video screens.

Among the most beloved moments were undoubtedly a pair of songs by hometown hero Bob Seger – rocking and, according to Church, unrehearsed renditions of “Get Out of Denver” and “Ramblin’ Gamblin’. Man” – halfway through the show. As he has done in previous Detroit-area appearances, Church opened up about how Seger “saved” his career in 2006, taking Church on the road as the opening act after he was kicked off a Rascal Flatts tour. for having tried (and some say have succeeded) to show the headliner. “I wouldn’t be here if it wasn’t for Bob Seger,” Church said before setting the tone.

He also took the time to salute Meat Loaf, who passed away on Thursday, January 20, with a full verse from the late singer’s 1993 comeback hit “I’d Do Anything For Love (But I Won’t)” at the end of the main set before switching to “Springsteen”. It was even more appropriate in Detroit since Meatloaf began his recording career at Motown in 1971, when he appeared in a production of the musical “Hair” at the Vest Pocket Theater.

We could switch the rest of the night and find special moments, whether it’s chart-topping singles (“Drink In My Hand”, “Give Me Back My Hometown”, “Talladega”, “Record Year” , the recent “Some Of It”), dynamic arrangements of “Knives of New Orleans”, “Creepin'” and “Desperate Man” or favorite songs such as “Pledge Allegiance to the Hag” and “These Boots”. The latter repeated the ritual of fans holding their own shoes aloft, and Church chose several of them to take to the stage and autograph them.

Likewise, during “Record Year”, he signed several vinyl album covers, including a copy of Merle Haggard’s Greatest Hits. Church also grabbed a few American flags from fans during the show, draping them around his neck like scarves, and he dedicated “Round Hear Buzz” to a young attendee at his first gig, declaring “Start ’em young!”

Church also made a few stints in the crowd, including a particularly long walk in the front rows during “Springsteen,” signing more autographs and taking selfies.

Like his idol Bruce Springsteen, Church aspired to deliver an immersive and transcendent experience. He may sing in ‘Guys Like Me’ that ‘I spend Saturdays working on my truck’, but he spent that Saturday night working like a man on a mission – one that was largely successful and worth the long waiting for it to start.

COVID-19 travel restrictions: Canada allows some to fly after recovery