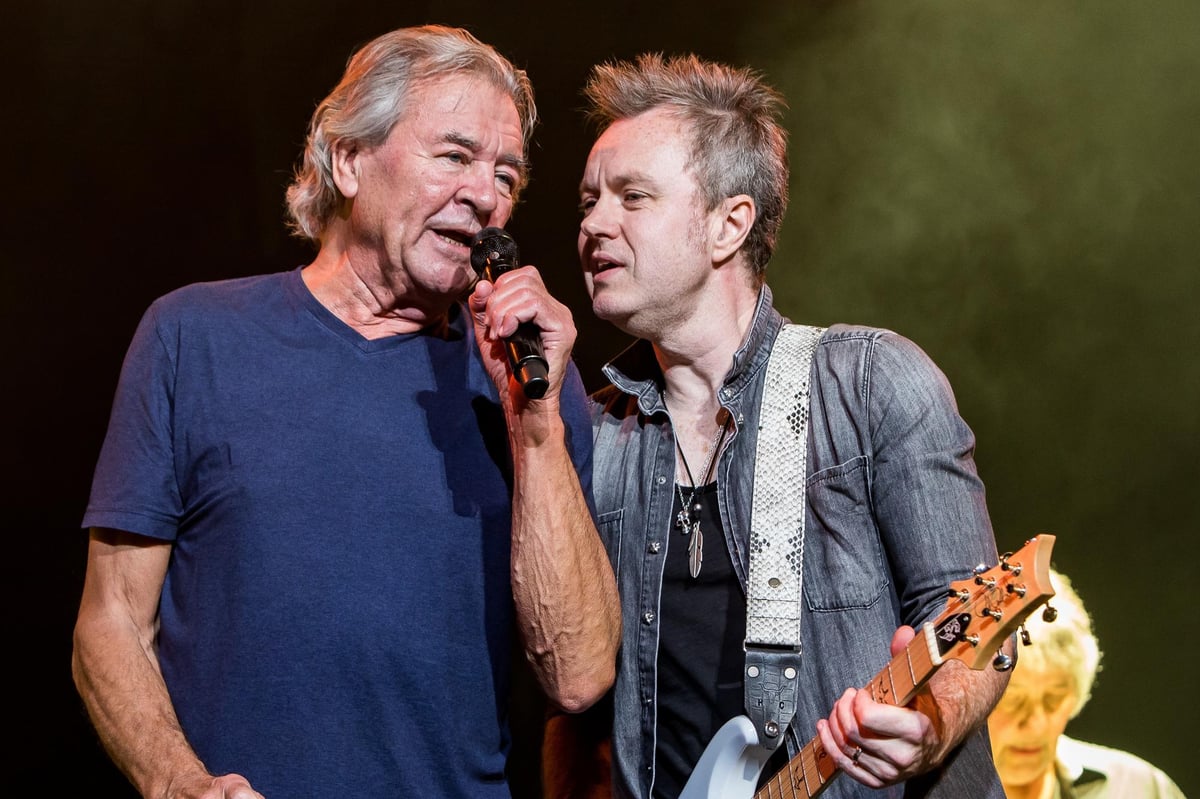 “This one is deep and meaningful,” Deep Purple frontman Ian Gillan said at the First Direct Arena in Leeds, as drummer Ian Paice smiled behind his kit. The two exchange a glance, before the former adds a caveat: “And thankfully short.”

He’s not wrong to clarify brevity: on this much-delayed stopover in West Yorkshire, their performance is as much a world-class exercise in wig noodles as anything.

There’s little doubt about the indelible mark the veteran band have left on hard rock and heavy metal, even though their line-up has been revamped more times than England’s top-notch rapping partnership.

The Rock and Roll Hall of Fame inductees have sold over 100 million albums worldwide, influenced everyone from Carlos Santana to The Flaming Lips, and technically spawned two popular spin-off bands in their own right, Whitesnake and Rainbow. (Leader Gillan’s eponymous solo band, not so much.)

The band entered its Mk IX form earlier this year with the departure of guitarist Steve Morse to care for his wife, bringing touring member Simon McBride into the fold permanently. But it’s their most famous Mk II era that they build on through a 95-minute show, the period when Gillan was joined by founders Paice and Jon Lord, alongside Ritchie Blackmore and Roger Glover.

Three remain, with Blackmore long gone; Don Airey, with the band since 2002, channels the late Lord with the kind of prog-loving keyboard solo that pushed punk into the wall.

These gratuitously impressive displays of technical virtuosity are recurring throughout the night. Although almost half of the tracks released come from the famous 1972 Machine Head – energetically fueled with Highway Star’s full-throttle ballast – the extended instrumental spots seem to dominate the proceedings.

Longtime fans will know this isn’t new, but newer – or craftier – punters may wonder if it’s to help carry Gillan; at 77, he cuts a weathered figure, without his signature scream, but still in song for a burst of bluesy harmonica here and there.

Material from the latter days of the post-millennium is politely welcomed, and the band is shrewd enough to send such songs early. Crowd reaction reaches a natural climax with the psychedelic Space Truckin’ and stadium anthem Smoke on the Water, the latter still a brass-bottomed monster 50 years later.

They end with Hush, arguably their finest pop crossover moment, and Black Night’s propulsive bounce – split, of course, by another solo. Some things never change.

RSV: the common childhood virus on the rise in Canada