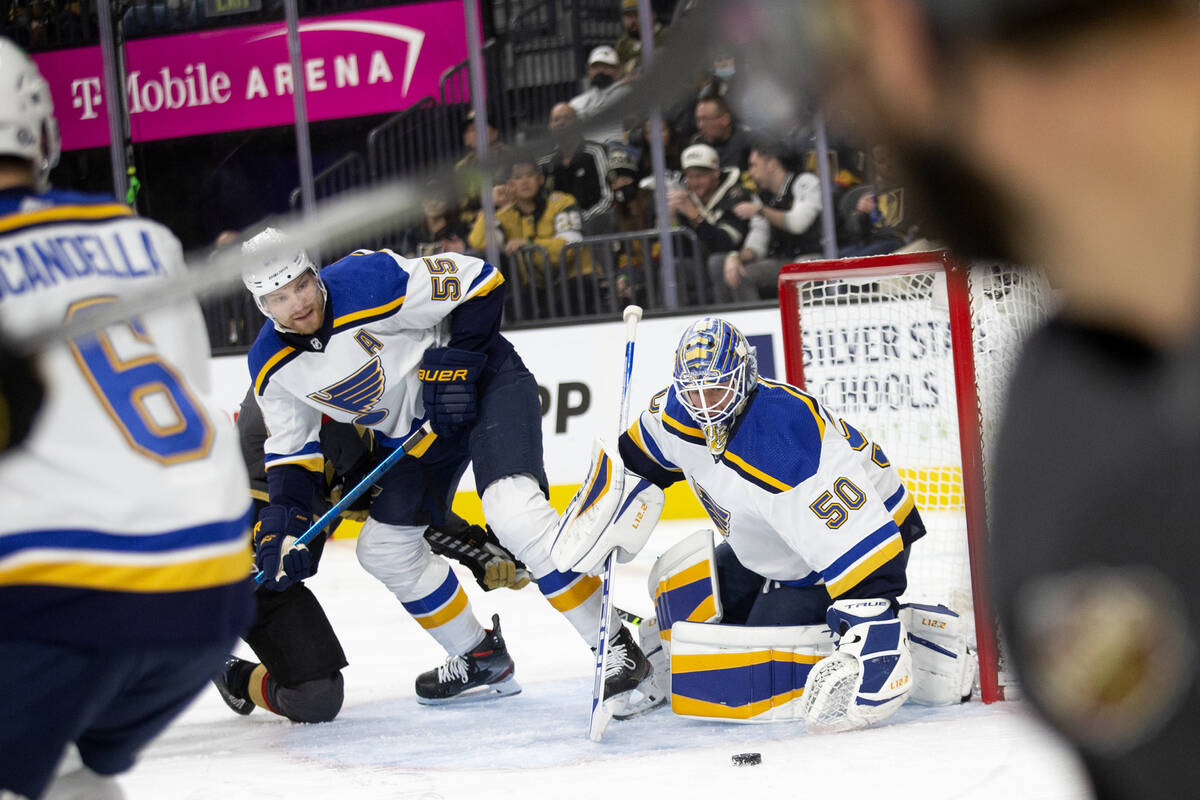 3. Blues right winger Vladimir Tarasenko – The three-time NHL All-Star team’s first goal of the season was the game-winner. He was active all night offensively and had seven shots on goal, two more than any of his teammates.

2. Knights goalie Robin Lehner – The 30-year-old supported his team despite a chaotic defensive performance in front of him. He finished with 35 saves.

1. Blues goaltender Jordan Binnington – The 28-year-old’s rebound control seemed to have died out early, but he settled in for his best start to the season. He made 42 saves and was exceptional in the third period.

Martinez joined his defense partner Alex Pietrangelo and right wing Reilly Smith as three players with an “A” on their jerseys. The 34-year-old, who won two Stanley Cups with the Los Angeles Kings, has received praise for his leadership since arriving via trade in 2020.

Martinez led the NHL in blocked shots last season with 168, 40 more than any other player. He tripped 7:05 in the third period and didn’t come back.

The Knights and Blues have played for the ninth time since the start of last season.

A poor roll from Knights defenseman Alex Pietrangelo in the neutral zone gave the Blues a 3-on-0 in the other direction. They took full advantage of it with a nice passing game. Center Brayden Schenn served right winger Jordan Kyrou, who quickly sent the puck left through the attacking zone towards Tarasenko.

Tarasenko pulled the puck into the net before Lehner could get past his crease for the 36th game-winning goal of his career.

The Knights have only allowed more in a game once last season. But that’s only the second-highest number they’ve allowed this season after giving up 47 to the Los Angeles Kings on October 14.