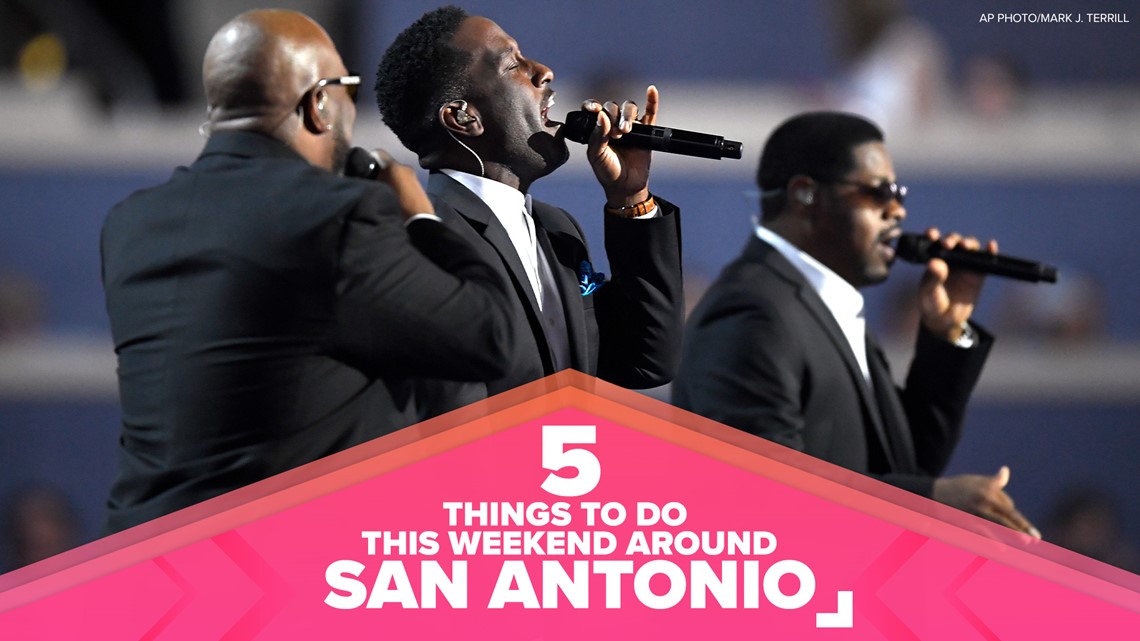 The cinemas, theaters and museums of San Antonio are very lively this weekend in August.

Groove to Boyz II Men on the South Side

Tech Port Arena’s inaugural season continues with a visit from the Boyz II Men quartet, who continue to tour after bursting onto the music scene three decades ago. Fewer artists have spent as long atop the Billboard charts, and fewer have retained their ability to draw massive knee-deep crowds.

New Braunfels is set to hold its National Farmers’ Market Week celebration on Saturday, with specials from vendors, live music and a chance to stock your pantry with produce grown in South Texas. .

Delve deep into the subculture of superhero fandom

You’ve been to see Tony Parker’s impressive collection of life-size pop culture figures at the San Antonio Museum of Art, but have you wondered how superhero stories shape and inform our own world?

That’s going to be the subject of a Friday night discussion — accessible in person or via Zoom — moderated by UTSA anthropology professor Jamon Halvaksz, who taught a course on the intersection of fictional tales and fiction. real-world history since 2015.

Fresh off of their appearance in Brad Pitt’s action movie “Bullet Train” and the recent release of their latest album, Paper Tiger is going all out and throwing the “All Bad Bunny Everything” party – “the fans’ party ultimate” for lovers of the multi-hyphenated, Grammy-winning Puerto Rican.

The Cinema on Will’s Plaza family series continues with 2007’s chase-your-dream story “Ratatouille” — which our film critic says is firmly in Pixar’s upper tier of production — under the stars on Friday night. Any food film screening would not be complete without concessions, and these will also be offered in the plaza.

There is also a small chance of showers in San Antonio for this evening, so attendees should bring an umbrella in case the clouds open.

When: Friday, screening starts at 8 p.m.

Where: Will Naylor Smith River Walk Plaza, across Navarro Street from the Tobin Center.

OTHER STORIES: Get on, loser, we’re going to see ‘Mean Girls’ at the Majestic Theater