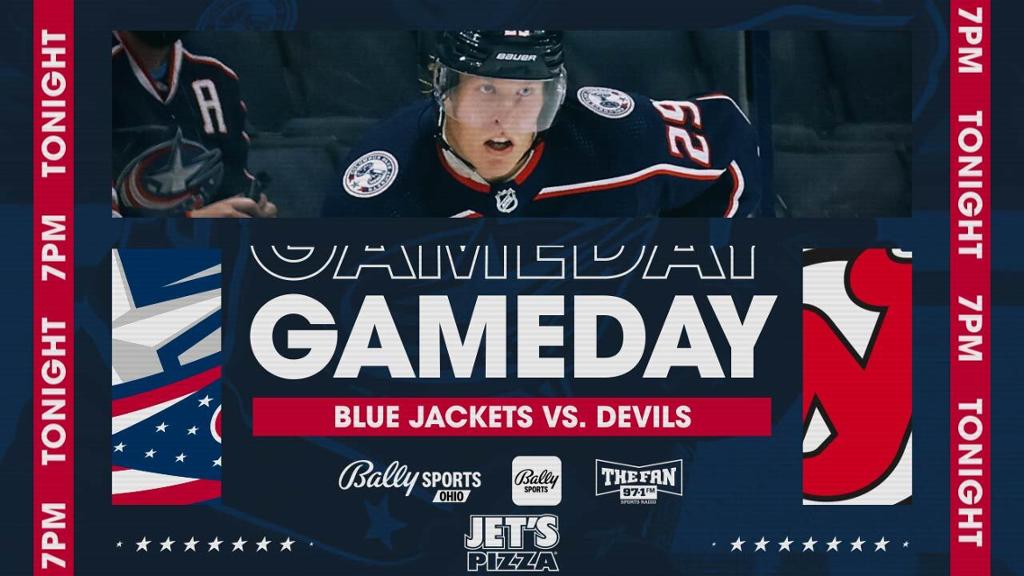 Blue Jackets head coach Brad Larsen compared showing up for work every day right now to Forrest Gump, in that he never knows what he’s going to get in terms of injuries and health when he gets to the rink every day.

But there’s another movie he and the Blue Jackets must try to avoid after winning just three of the last 14 games.

It would be groundhog dayLike every day, the Jackets are trying to keep their spirits up and working to turn the tide despite struggling to achieve the desired results.

â€œIt sucks to lose, that’s right,â€ said Larsen. “(The players) don’t like it. We don’t like it. We’re looking for answers like them. We’re going to help them. There are a couple of things that I think we need to improve that will help us to “Be more consistent. With the training time we have now, we’re able to do that. We’ve been working on a little more of that stuff today.”

“Like I said, the winners get the rest. We aren’t winning enough games right now, so we have to work on it.”

It’s been a busy week as the Blue Jackets have been on the ice for two games as well as full practice sessions on the three days off. Earlier this year, especially as travel out west increased, the coaching staff were wise when it came to taking time off to conserve players’ energy levels. But as the recent struggles continued and travel calmed down, Larsen put the team on ice in a bid to fix what hurt the team.

Thursday in New Jersey, it was the absence of a full game that cost Columbus a 3-1 loss. The Blue Jackets led the Devils by an 18-5 margin in the first period, but were outscored 23-14 the rest of the time, and the Devils scored the only two goals of the third period to break a tie of 1. -1 and take the victory.

â€œWe had a really good first,â€ Larsen said after the game. â€œWe talked about it, we tackled it, we stick with it, staying with the same ideas, the same mentality that we had in the first one. I thought we had moved the puck well, we checked it out, created a ton of opportunities Structurally (we played) very well.

“We really have a hard time when it goes a little south to get it back, and it needs to be fixed. The guys need to take control. Someone needs to take control over there.”

“I think we did some good things tonight,” said Max Domi, who had the only goal in the Garden State. â€œWe can definitely capitalize on that. We get another chance with these guys in a few days here, so we’re going to have to take it to the next level here and do everything we can to get this win. It’s frustrating. Nobody wants to lose, but we did some good things tonight and we just need to build on it. ”

At this point, it’s been a story of three different seasons for the young Devils, who see a young core led by No. 1 draft picks Nico Hischier and Jack Hughes start to find their way.

New Jersey started 7-3-2 and seemed to have the promise of climbing the standings after three consecutive seasons finishing seventh or eighth in their division. Then came a tough 3-12-3 spell before the holiday break that left the team sinking into the Metropolitan Division, but now the ship has been straightened out a bit with the Devils going 4-1-0. in the last five games. .

A big reason for this has been the emergence of Hughes, who at 20 looks quite like the prodigy he was expected to be when he was selected to lead the 2019 Draft. Five straight games for the Devils, he led the way with four goals and eight assists for 12 points, including a 1-2-3 line in Thursday night’s win over the Blue Jackets.

Overall, Hughes has a 9-11-20 line in 18 games and looks like a superstar in the making as he is the youngest NHL player to score at least one point per game this season.

Hischier returned from injury against the Blue Jackets on Thursday, but the Devils still managed to beat the Blue Jackets without four of their top nine scorers thanks to the absence of remarkable defenseman Dougie Hamilton (jawbone) as well as forwards Andreas Johnsson , Yegor Sharangovich and Pavel Zacha (COVID protocols). Bratt and Hughes both scored while Tomas Tatar (8-9-17 in 32 games) also added to the board.