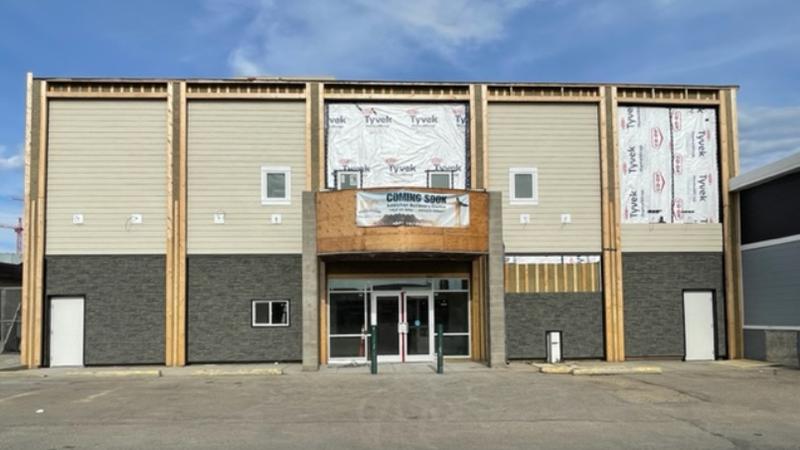 With a year of operation requiring $1.6 million, the center raised about $500,000 of that amount.

Giesbrecht describes the delays in getting people into the gates as not being frustrating, but difficult.

“It’s quite a journey, the hardest part of which is getting people to see the end goal and what needs to happen to get there. It needs exposure. Most people don’t know really what we’re going to do, even though they’ve actually heard of the project,” says Giesbrecht, co-founder of the center. “Once we can walk people through the next two weeks where they can get a taste of it and feel, grab the vision, I think the center will sell.”

Government funding has been sought, but to date the answer has been no. That will continue to be a path they explore, but it’s not the most important one, Giesbrecht believes.

“With so many local programs and projects, most of the time our mentality is that the medical community or the government should take care of it. But I think in a healthy community, community-funded and community-led initiatives are the most powerful,” he says. “Something like the St. Joe grad donation, which meant that these kids were coming together and wanting to take on this cause – as a father with kids in this age range, seeing how much it is important to them is really cool.”

It is believed that occupancy permits and all other documents for the Dream Center will be finalized by mid-July, meaning it could open with sufficient operating funds. However, these funds are not sufficient at the moment, so it is simply not possible.

“If we wait for the next person to do something, it may never happen,” says Giesbrecht, passionate about being part of the overall solution to this city’s role in the opioid and poisoning crisis. drugs.

“We are all affected by addictions in one way or another,” he says. “We all know someone. Either way, we are close to people struggling with addiction and we need to help them.

“There is an opportunity here to build community and help individuals and families who need support. We cannot rely solely on government resources for this. No one ever said it was going to be easy, but once we open it’s going to be good.

More information is at drdc.ca.