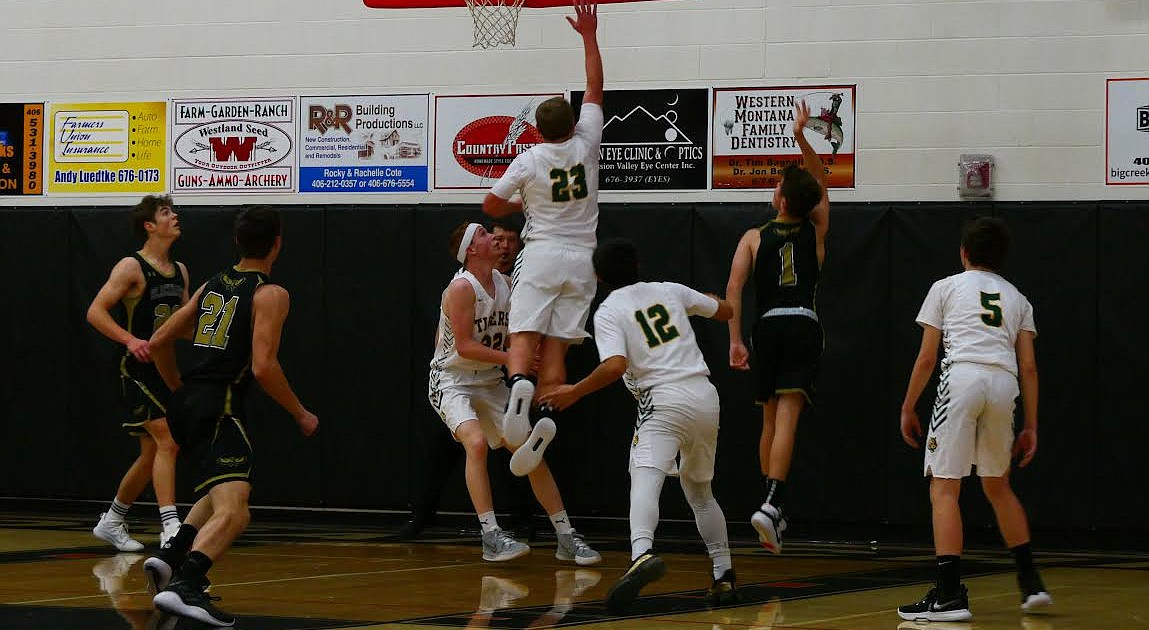 It all started with a grim outlook for the day, then started to rain inside the Ronan Event Center.

The “rain” came in the form of three points from a group of self-proclaimed “gym rats” who helped the St. Regis Tigers to an impressive 63-51 season opener against a bigger and bigger team. More Seeley Blackhawks Veteran In Montana High School Basketball Action Friday Afternoon.

The game was part of the annual Ronan Tip-off event which featured 16 boys ‘and 16 girls’ basketball teams from across the region for the chance to play real games, without training.

The Tigers’ game against the Blackhawks was one of the most intriguing games on Friday’s schedule, with questions about how the youth-dominated St. Regis team would fare this season.

One of the two seniors on the St. Regis squad, veteran starting and senior forward Adam Ball was ineligible due to lack of official training time. Then, as the pre-game warm-ups wrapped up, Ball’s younger brother, starting point guard Caleb Ball, a junior, twisted his ankle and couldn’t play.

These events left the “leadership” to the team’s only eligible senior, 6-2 forward Tanner Day and second-year guard John Pruitt, a marksman since graduating from college in eighth. year two years ago.

The rest of the squad would be made up mostly of freshmen who have developed a reputation as basketball fanatics who play hoops in school every free minute of the day.

That kind of dedication paid off before this one ended.

After a checkered start that left the first period tied at 13 as time ticked by in the first quarter, St. Regis rookie Ayden Rael provided the extra spark the Tigers needed with a pair. two-point buckets to go with an eight-point effort from Pruitt that staked St. Regis to a 17-13 lead heading into the second quarter.

Pruitt, who finished the game with 19 points and was the ground general the Tigers needed with Caleb Ball absent, buried two long-range threes in the first quarter to help offset an eight-point effort from Jason James from Seeley.

With a field roster that sometimes included Day, Pruitt and three or four freshmen, the youngsters proved to be the defensive energy that thwarted the Blackhawks’ offensive efforts throughout the game.

Day, who led all scorers with 21 points and was the dominant force on both offensive and defensive rebounds, took the reins in the second quarter, scoring eight points, most of them on shots behind the basket. Pruitt dropped another trey in the quarter as the Tigers outscored Seeley 21-8 to secure a 38-21 halftime lead.

By the start of the third quarter, many fans in the main gym at the Event Center had become vocal supporters of the young St. Regis guns, screaming their approval with every robbery and bucket.

A timely three-pointer from Frosh Dillon Thomas helped the Tigers maintain their halftime lead throughout the third quarter, as both teams scored 11 points.

James of the Blackhawks scored six of his 14 points in the fourth period, helping Seeley reduce the lead to 12 points halfway through the final quarter, but Day and his company responded to every Seeley run with their own. points, including seven from Day’s and a rally killing a three-point bomb from fellow freshman Hunter Stolla, which extinguished any chance the Blackhawks had of a successful comeback.

Stolla would finish with 10 points for the game on a three-point line and a free throw as the Tigers won their first non-league game of the year.

Freshman Rael, who spent a lot of time in college last year as an eighth-grader, added eight points to the Tigers’ effort and turned out to be a keeper and a quality defender.