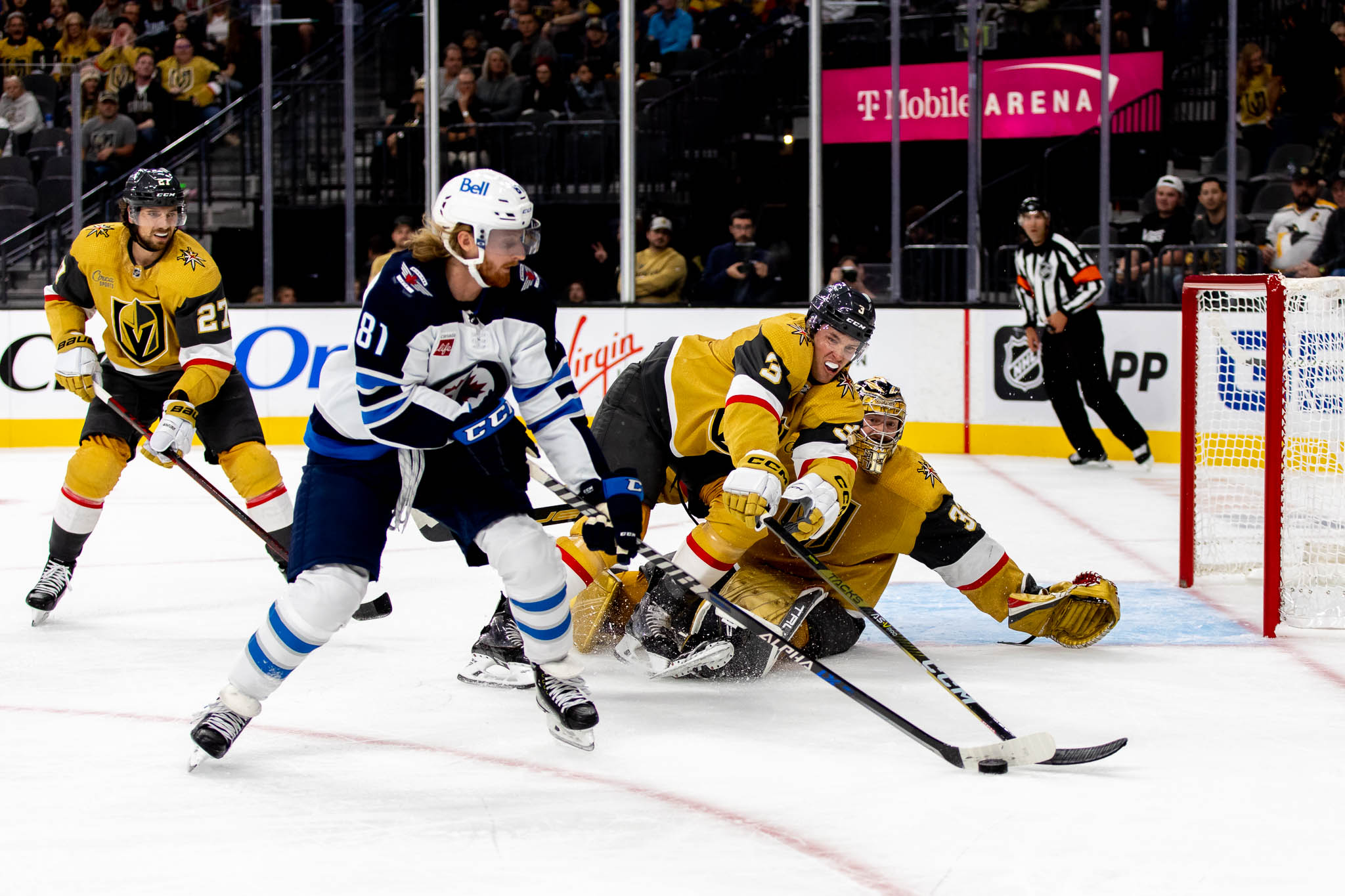 Next game: VGK vs. Colorado at T-Mobile Arena Saturday 7 p.m.

The Golden Knights took a 4-0 lead after one period, with center Jack Eichel posting the sharp shooting score that was expected when he was acquired last year in VGK’s blockbuster trade from Buffalo.

He fired a shot from a shot into the top right corner of the net to open the scoring for the night.

VGK forward Michael Amadio did a good job behind the Winnipeg goal and fed William Karlsson, who slipped the puck past David Rittich of the Jets.

Chandler Stephenson followed with his first goal of the season for a 3-0 lead.

And Eichel received a gift from Rittich when the Winnipeg keeper attempted a short pass in front of his net. Eichel intercepted and twirled, firing a blurry shot past a surprised Rittich and VGK had a solid 4-0 lead after one period.

Golden Knights fans enjoyed seeing popular former VGK defenseman Nate Schmidt skating on the Jets blue line. Schmidt was on the ice for 7:35 in the first 20 minutes, seeing more ice time than any other Jets player.

Winnipeg hit two posts that could easily be goals. But VGK goaltender Adin Hill was the beneficiary of the puck shots on the post and was credited with seven saves in the first period.

Winnipeg scored on a Pierre-Luc Dobois goal and the Jets trailed 4-1.

It wasn’t VGK’s best period of hockey as the Golden Knights took a 4-1 lead in the third period.

The Golden Knights defense played solid for most of the game, limiting Winnipeg to a third-period goal from Neal Pionk.

It was not a spectacular performance from the Golden Knights. More of a pro win, with Eichel and others taking advantage of their chances and cashing in. Jonathan Marchessault salted the victory with an empty net.