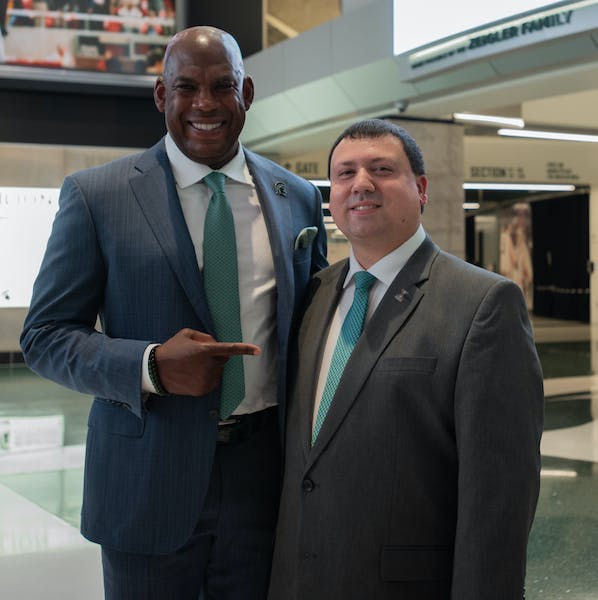 The Xavier DeGroat Autism Foundation hosted its autism awareness event at the Breslin Center on Tuesday. The event, which paid tribute to the foundation’s supporters and raised funds for its programs, brought together members of MSU athletics such as athletic director Alan Haller, head football coach Mel Tucker and the head coach of women’s basketball Suzy Merchant.

The foundation focuses on education, advocacy, economic opportunity and humanitarianism and recently worked with lawmakers to pass legislation that makes sensory interactions more friendly between people with autism and the police.

Xavier DeGroat is responsible for the foundation. At the age of four, DeGroat was diagnosed with autism and began life as an advocate in 2009.

â€œPeople with autism have a lot to offer society and society needs to tolerate differences in their behaviors instead of labeling them less,â€ DeGroat has said in the past.

The night was spent recognizing those who supported DeGroat in his efforts and raising funds so he could continue his work, which totaled countless hours trying to raise awareness for the cause, which tucker can attribute to his relentless attitude.

â€œI met Xavier soon after arriving in East Lansing and was really impressed with his relentless attitude and passion for autism awareness,â€ Tucker said.

On the other side is Merchant, who sees in DeGroat the same passion and energy that she gives to her team when coaching.

â€œHe brings so much passion and energy and wants to make big changes in the world and ultimately that’s what we’re all here for is to make the world a better place,â€ said Merchant.

Among those recognized was men’s basketball head coach Tom Izzo, who received the Mentorship and Community Service Award. His son and Michigan State Junior Guard, Steven Izzo, agreed on his behalf and offered Xavier his family’s full support for the organization.

In his acceptance speech, Yankowski explained how grateful he was to have met Xavier.

â€œOn the journey of life, you meet new people, have new experiences and sometimes you just have the chance to meet people who inspire you,â€ Yankowski said.

The Philanthropy and Community Service Award went to Patrick Gillespie, a longtime supporter of the foundation. In his acceptance speech, he told the crowd how he was inspired by Xavier and how he brightened everyone’s day when he was in the office.

Anthony Ianni, former MSU basketball player and published author, received the Advocacy Award. Ianni, who is autistic, has been campaigning for autism awareness and motivational speeches for nine years.

Proceeds from the event will go to the foundation to help DeGroat continue their work to promote autism awareness and acceptance.

Do you want the news without having to search for it?
Sign up for our morning newsletter. That’s all your friends talk about and then some. And it’s free!

Share and discuss “The Xavier DeGroat Autism Foundation is organizing an awareness event at the Breslin Center” on social networks.