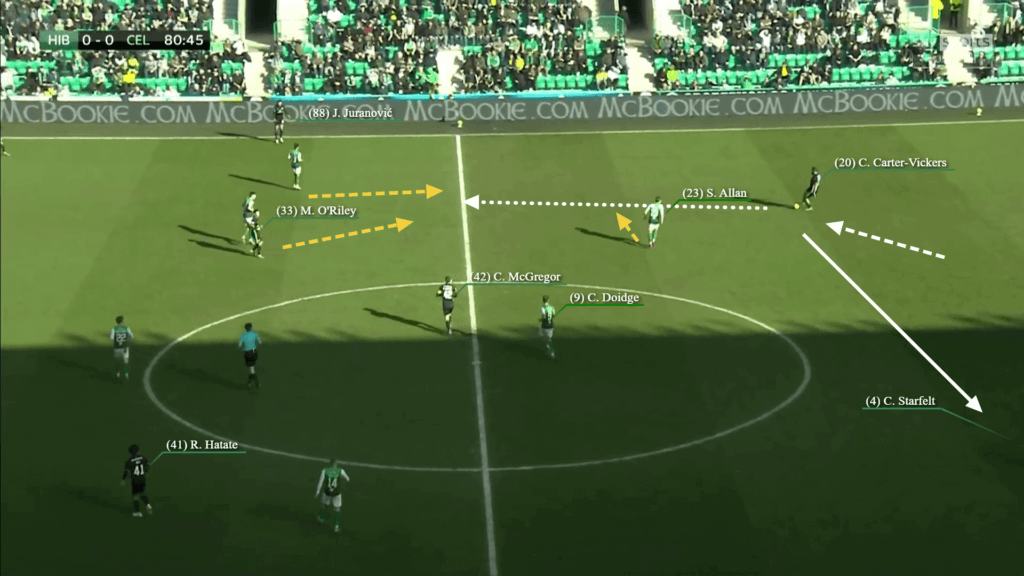 St Mirren has been an opportunity to shake off Celtic’s little malaise in recent weeks, to freshen up a team that only a month ago was playing the best football of the Ange Postecoglou era.

The energy returned, with more intensity in pressing and determination in passing, but until the last 15 minutes or so the quality was lacking. Celtic only really created half chances from open play until the game became stretched when St Mirren chased the game, but then uncharacteristically scored from a free kick when Cameron Carter-Vickers volleyed in home to soothe the nerves early in the second half.

St Mirren was the latest example of the influence the build-up from the back has had on the pace of Celtic’s attack and, while it was better than in recent weeks, there were still limits to the impact of Carter-Vickers and Carl Starfelt on the ball. .

Against Hibernian, one of the main factors why Celtic were so flat in attack was the distribution of defence. There was an obvious example of Celtic’s struggles towards the end of the game.

In the example below, Celtic win a free kick near their own corner flag, from which Joe Hart passes to Starfelt. The Swede, under pressure from Christian Doidge, returns the ball, then points out that his partner Carter-Vickers drifts to provide a wide option on the right.

Hart’s pass finds Carter-Vickers in space, but Scott Allan drifts into pressure. So far Celtic’s play at the back has been competent but skittish, with so much at stake late in the game. All Carter-Vickers has to do here is run a simple, short first pass past Starfelt and they would have broken Hibs’ relatively tired high pressure.

Instead, Carter-Vickers takes a heavy hit, which puts him on the back foot.

BLIPPI THE MUSICAL will play at the Orleans Arena