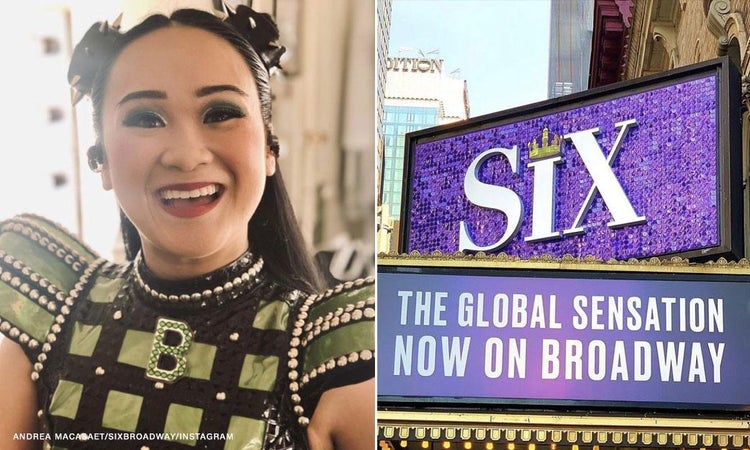 Filipino-Canadian artist Andrea Macasaet plays one of the main characters in the Broadway production of “Six,” a critically acclaimed musical about the wives of King Henry VIII of England. She landed the role of Anne Boleyn, the second wife of King Henry VIII.

Macasaet spoke to CNN Philippines about how she was chosen for the music show.

â€œWhen I got involved in the project, it was in early 2019. I auditioned in Toronto, open call. So, I just introduced myself. I sang a pop song, â€she said Thursday in an interview with New Day.

â€œWhen they offered me the contract, I thought I was going to play the show in Chicago and then Canada and that would be it. I had no idea this show would take me to my Broadway debut in New York City, â€she added.

The musical actress said she auditioned because she “fell in love” with the music of “Six”.

The Broadway premiere has been postponed for more than a year due to the COVID-19 pandemic. The show finally opened on October 3.

Macasaet shared when Broadway reopened, it was as if a weight had been lifted from their shoulders.

The show revolves around the competition between the six wives of King Henry VIII, according to Macasaet.

â€œThe six wives go head to head in a concert style show and they ask the audience which of the wives had the worst time with Henry VIII,â€ she said.

â€œThere is a twist at the end that leaves the audience feeling empowered … and full of joy,â€ she hinted.

Macasaet is currently focusing on “Six,” which is indefinite, but has said she would like to collaborate with her fellow Filipino artists in the future as well.

She also hopes to continue doing what she has long loved, performing on the theater stage, to show young Filipino girls that dreams come true.