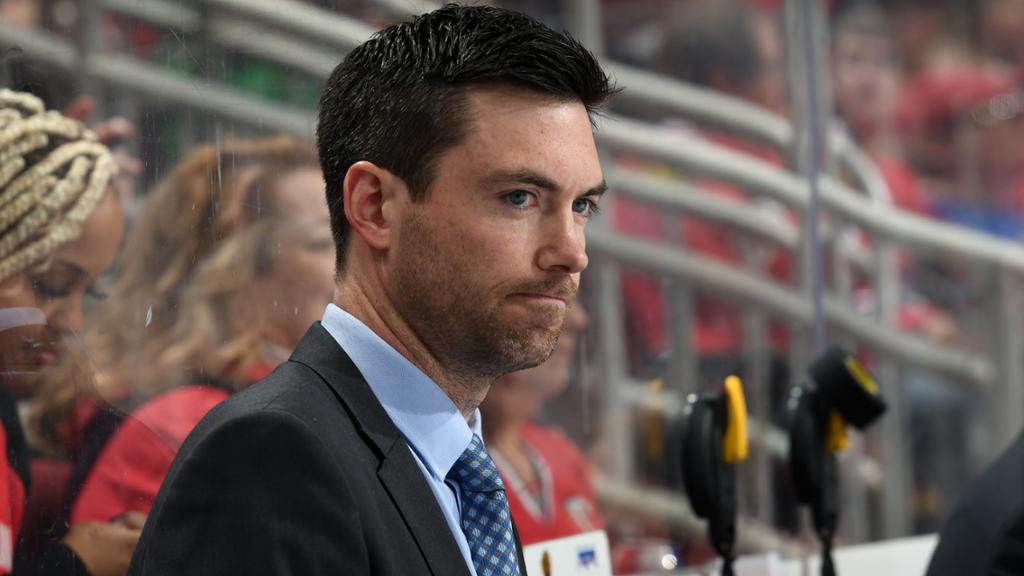 Julien fractured his ribs when he slipped on the ice during a team building activity during a training camp in Davos, Switzerland. Canada’s medical staff have determined that due to his injury, he will not be able to travel to Beijing to train at the 2022 Games.

Colliton was fired as coach of the Chicago Blackhawks on November 7, 2021, after starting the season 1-9-2. He was replaced by Derek King.

Colliton had been named one of Julien’s assistants on January 14.

“I was delighted to have the opportunity to work with [Julien] and under him and support him,” Colliton said. “It was exceptional. We had a very good start to camp here. Now it’s up to us to continue the foundations he laid.”

Nolan Baumgartner, a former Vancouver Canucks assistant, and Tyler Dietrich will remain as Canada’s assistants for the 2022 Games.

“The foundation that [Julien] led and the synergy he had with Jeremy was evident from the start,” said Canada general manager Shane Doan.[Julien] has been amazing for us. We’re so grateful for what he obviously started here and we’re very confident in Jeremy.

“In Canada, we’re so lucky to have incredible depth, it seems, in all of hockey. To have Jeremy sitting here and stepping in and doing what he’s able to do, we’re so lucky.”

Colliton went 87-92-26 in four seasons with the Blackhawks, including 4-5 in the Stanley Cup Playoffs. Chicago beat the Edmonton Oilers in four games in the 2020 Stanley Cup best-of-5 playoffs before losing to the Vegas Golden Knights in five games in the Western Conference’s best-of-7 first round.

Colliton said he and Canada will continue to get feedback from Julien.

“I have no doubt he wants to weigh in and he should,” Colliton said. “He has so much experience and a winning track record and he has already invested a lot in this process, preparing the team and he has drawn up a plan on how we are going to prepare the team and how the team is going to play. We’re just trying to get things done.

“We’re just going to keep going and he’s part of it.”

Colliton said he is confident Canada’s players and staff can help each other despite the late coaching change.

“Of course it’s adversity,” he said. “It’s something we’ve talked about before. As Canadians, Canadian hockey players and Team Canada, we expect to respond to adversity in the best possible way. That’s what will make this team great and it won’t be the last bump in the road, probably, that we come across.”

Canada’s first match of the tournament will be against Germany on February 10th.