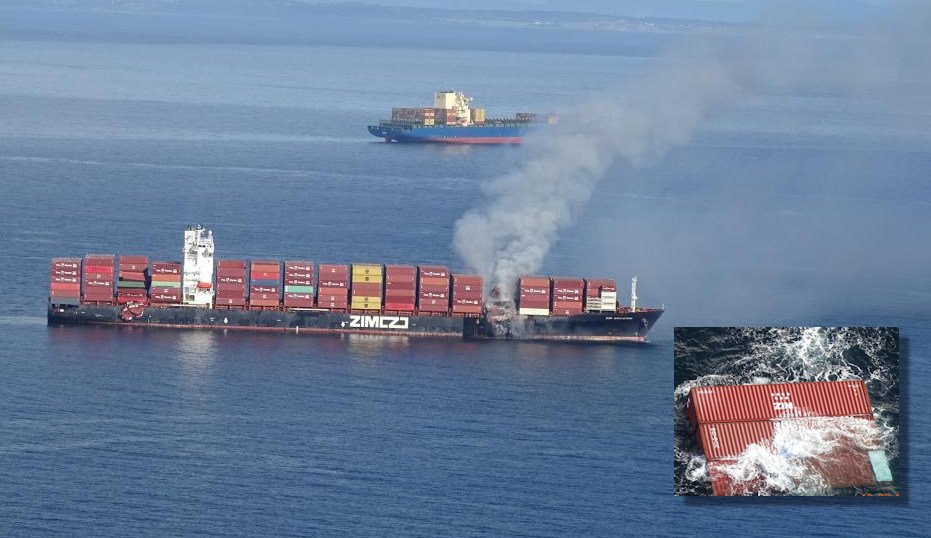 SEATTLE (KTVZ) – The U.S. and Canadian Coast Guard said on Sunday it responded to and monitored a container ship that lost 40 containers overboard in heavy weather on Friday morning 40 miles from the Strait of Juan de Fuca, near the US-Canadian border.

No member of the crew was injured.

At 2:00 p.m., the Puget Sound sector reported that the Canadian Coast Guard had received a preliminary report from the master of the Zim Kingston, indicating that two containers overboard contained hazardous materials.

The U.S. Coast Guard and Canadian agencies have said they will continue to monitor the movement of shipping containers.

At approximately 11:11 a.m. on Saturday, Rescue Coordination Center Victoria reported to Zim Kingston that two containers were on fire. The Puget Sound sector and RCC Victoria organized an overflight to monitor the area. The Coast Guard Air Force Base in Port Angeles was tasked with performing the flyby and the images captured.

The US Coast Guard and the Canadian Coast Guard continue to issue warnings because containers pose a significant risk to mariners, they said.

â€œThe US Coast Guard continues to monitor the situation, engaging with our Canadian and tribal partners to respond and support as requested as this incident continues to develop,â€ said Capt.Daniel Broadhurst, Chief Incident Management for the 13th Coast Guard District.

An Incident Command Post led by the Canadian Coast Guard on behalf of the Government of Canada, the Province of British Columbia and First Nations representatives to manage and coordinate this multi-agency response.

The safety of the crew remaining aboard the ship and those on the water is the top priority as response operations unfold, the Coast Guard said in a press release on Sunday.

The Unified Command works through the BC Emergency Management Network through local communities to disseminate public safety information as needed. Further updates will be provided once the response is underway.