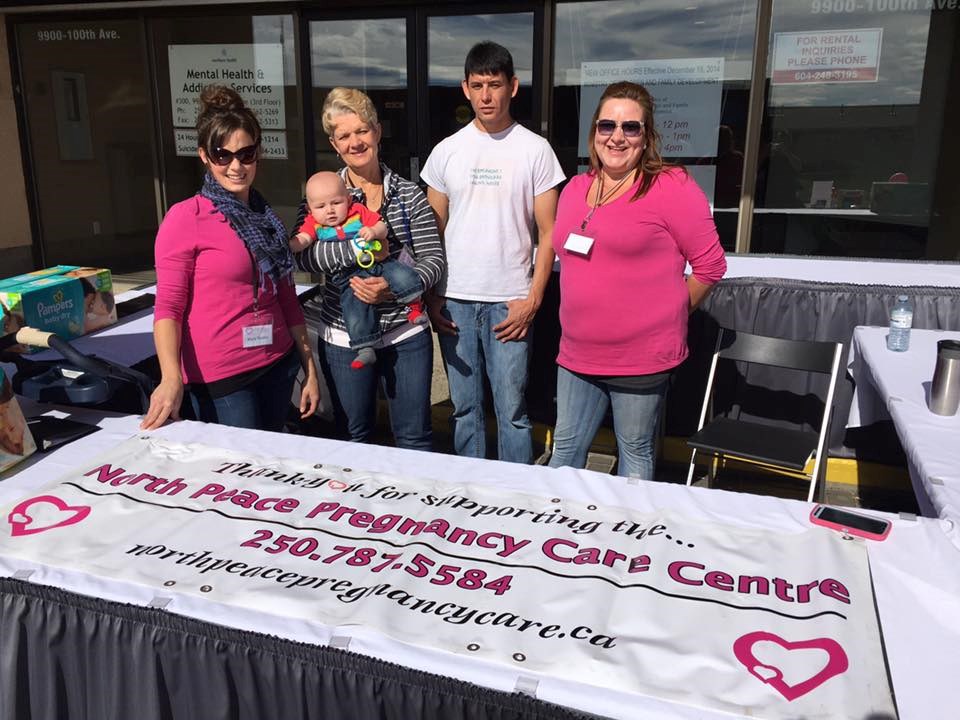 The North Peace Pregnancy Care Center fears losing its charitable status and being forced to close under new policies drawn up by the Trudeau government.

Finance Minister Chrystia Freeland has been tasked with introducing changes to the Income Tax Act “to make anti-abortion organizations that provide dishonest advice to pregnant women about their rights and options ineligible for charitable status,” she said. December 16 mandate letter of the prime minister.

In Fort St. John, the Pregnancy Care Center provides women with information on abortion, adoption, and parenting, as well as a range of baby and maternity supplies such as clothing, formula, diapers and car seats for new parents.

But executive director Linda Unrau fears Freeland’s tenure will put faith-based agencies like hers in the government’s crosshairs, subjecting them to a so-called ‘values ​​test’ similar to the student summer jobs program. years ago, or simply completely revoking their charitable status. .

“We are a non-profit Christian organization, but that does not mean that we would be dishonest with women. We do what we do because we care about women,” Unrau said.

“With that, we’re really waiting to see what they plan to do. Each center has to hire a lawyer, which is very expensive, and ask for our own help in arranging for a possible audit. We still do not know what they will do and how they will proceed to fulfill this mandate. »

Local MP Bob Zimmer submitted a petition in the House of Commons on February 3 calling on the federal government to preserve the application of charitable status rules on a politically and ideologically neutral basis.

Changing those rules, Zimmer said, “could jeopardize the charitable status of hospitals, places of worship, schools, homeless shelters and other charities that disagree with the Liberal Party”.

During the 2021 election campaign, Trudeau ran on a platform promising to no longer grant this status to organizations that provide “dishonest advice to women about their rights and options for all stages of pregnancy. He cited as an example crisis pregnancy centers, which proponents of access to abortion services say offer incorrect information about the procedure.

Last November, Adrienne Vaupshas, ​​Freeland’s press secretary, repeated the wording of the Liberals’ platform pledge, adding only that “more information will become available in due course.”

North Peace Pregnancy Care Center has been in operation since 1999. It sees about 100 new clients a year, according to Unrau, and up to 1,000 visits a year. Most find the center through word of mouth or an Internet search, Unrau said.

She says the center fills a unique need in the community, supporting those seeking information about their options for an unplanned pregnancy, and others also seeking bereavement support after a miscarriage. It does not offer any medical or counseling services, Unrau said.

“What we are doing is presenting all three options equally: abortion, adoption and parenthood. When you become pregnant unexpectedly, these are the options available to you. We really have a heart for women and the freedom of their choice of what they choose, because they are the ones who have to carry this child to term,” Unrau said.

“We see all ages, all people, all cultures. We see anyone and everyone, anything pregnancy and bereavement related, coming to us for a safe place to be.

The center relies on private and personal donations and can issue charitable receipts for these donations. The only government funding he receives is an occasional government grant to give parents new car seats, Unrau said.

“If they revoke our status, we effectively lose our name, we lose our property, we lose the clients we were able to help in the past and are currently helping,” Unrau said. “We lose everything. It’s big.”

“It’s gotten really politicized and it’s not helpful because all we want to do is continue to provide support to the women in our community who voluntarily seek us out,” Unrau said.

“Too often, women find themselves in a position where they feel life’s circumstances are pushing them into making a decision they don’t want to make,” Lewis said.

“As a Member of Parliament, I will oppose the illiberal, anti-women policy proposal that would seek to strip charitable status from organizations…that do not pass Justin Trudeau’s values ​​test.

Charities tax lawyer Adam Aptowitzer warned that keeping the pledge would be a politically charged process that could open the country to a debate over what is considered “charitable” in Canada.

“They surely don’t want to get into this discussion because it’s really fraught with pitfalls,” he said.

— with files from The Canadian Press

After Industry Crises, Startups, and Pushbacks, the State's Payday Loan Database Is Finally Up and Running