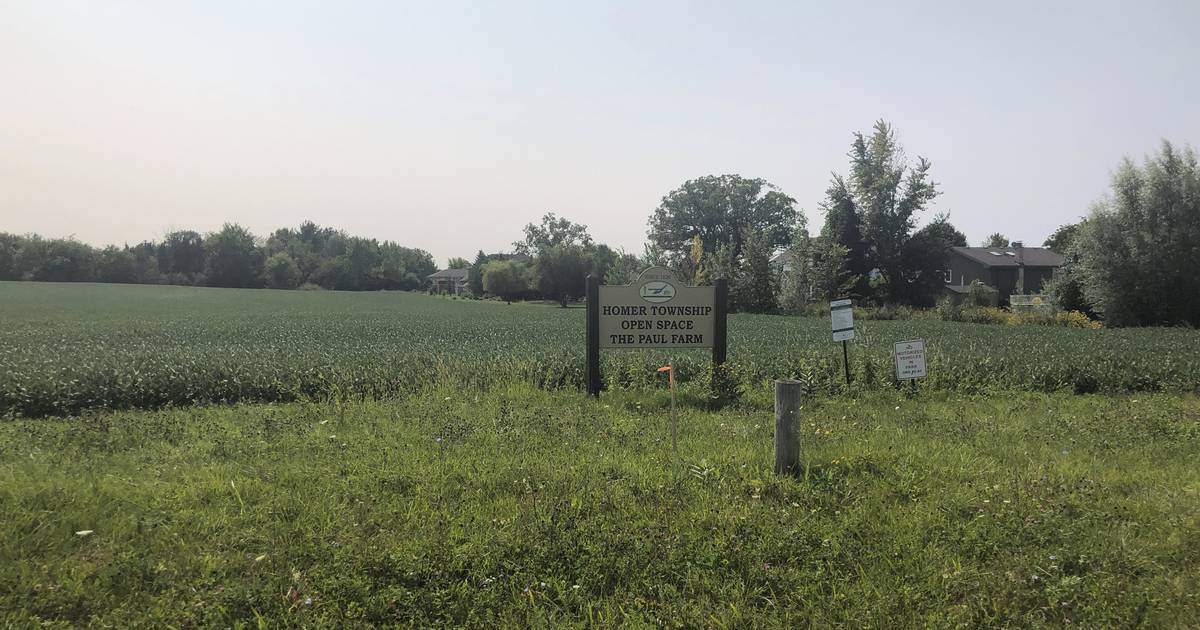 Homer Township officials want to sell two farms that were purchased as part of the township’s open space initiative to help fund an event center, but some residents say they want to fight to preserve open lands.

Township supervisor Steve Balich said the township could earn about $4 million from the sale of the Purdy and Paul farms. The city council voted 5-0 on Monday to authorize the sales.

The Purdy Farm, an 86-acre open space at the corner of Gougar and Bruce Roads, was the first property the Township purchased under its open space program. The Paul Farm is a 56 acre site located on the south side of 151st Street between Gougar and Farrell Roads.

Balich said the township can sell the land under Illinois state statutes, and the sale price the township would receive would far exceed the revenue it would get from leasing it to farmers. Proceeds from the sale of the properties could help fund an event center at the Trantina Farm in the 15700 block of West 151st Street, which is another property in the township’s open space program, Balich said.

An event center could provide accommodations for weddings, birthday parties, corporate events, family reunions, block parties or festivals, Balich said. Groups such as Boy Scouts and Girl Scouts or 4-H clubs could also use the center, he said.

Balich pointed to a successful consultative referendum in 2020 that asked whether the township should seek grants to build a multipurpose pole barn-style structure for community educational, environmental, recreational and social activities.

Balich said he won’t raise taxes to fund the center, and the township is in the early stages of working with a landscape architect to design the project. The event center could have parking for around 1,000 cars, Balich said.

“It’s going to be a really welcoming and nice place,” he said.

Some residents, however, have said they plan to fight the sale of the two farms, which goes against the spirit of the open space program that residents approved in a referendum more than 20 years ago.

In April 1999, Homer Township voters voted to issue $8 million in bonds to purchase areas across the township as part of its open space plan. About 65% of residents approved the bond sale, which ultimately purchased about 200 acres of land, including Paul, Purdy, Welter and Trantina farms. Many of these areas continue to be cultivated.

Township documents from 1998 indicated that the open space could be leased to farmers to promote soil conservation. The open space program would also promote public outdoor recreation such as the construction of a gazebo or park for concerts, the construction of bicycle and equestrian paths, the development of a sports complex or the expansion of the park. Some land would remain in its natural state to preserve flora and fauna, historic sites or scientific interests, according to the documents.

The open space program is also used to promote orderly suburban development using the township’s land use plan as a guide.

Earlier this year, residents opposed the township’s plan to sell the Welter Farm property just west of Bell Road to a developer to build a housing project for the elderly. Balich said Welter Farm land is zoned residential, while Purdy and Paul farms are zoned for agriculture. The Welter Farm senior housing development was eventually abandoned.

Resident Sharon Sweas, a former administrator of Homer Glen, said residents move to Homer Township for its rural feel and because it is unlike other suburbs. Preserving open space is important to the community, and one of the reasons residents approved of the referendum was to prevent overdevelopment.

“I am totally against the sale of these properties,” she said. “Is it about money or is it about preserving the neighborhood for current and future residents? It must be preserved. I don’t want to lose the beauty of nature and everything that goes with it.

The land does not belong to the township council, but to the people of the township, said former Homer Glen administrator Margaret Sabo, who served on the township’s open space committee for more than 20 years.

Sabo said the proposal to sell the two farms was not transparent. The city council has not held public hearings or community workshops to gauge residents’ interest, she said.

Gail Snyder, who was appointed to the first Homer Glen village board after the area was incorporated in 2001, said the sale would go against voters’ intent.

Snyder, who helped push the referendum through and was secretary of Homer Township’s land acquisition committee for open space, said the committee carefully created a plan and map of potential properties to buy for show them to the public, who agreed with their plan. She said she anticipated a legal battle and wondered how much taxpayer money the township would spend fighting open space plan voters once approved.

News from the southern suburbs delivered every Monday and Wednesday

“The properties have not yet been sold,” Snyder said. “Residents need to talk to their elected officials. They have to go to meetings to oppose it.

Snyder said she was also concerned that an events center on Trantina Farm, with room for 1,000 cars, would alter that property.

“The natural part of the property would be devastated,” she said.

Greg Fisch, who served as Homer Township administrator for 16 years, said residents passed the referendum to protect the land from development.

Balich said if the farms were bought, they would have to be rezoned. He said the county, township, Lockport and Homer Glen will ensure the property matches the character of the area. The municipal council has the right to reject any offer submitted for the purchase of the farms.

“Someone has the opportunity to buy it and make an offer to do something with it, whether it’s their farmland or whatever they want, but it needs to be rezoned,” Balich said. “The (village) of Homer Glen, the town of Lockport, they can say no. The planning commission can say no. Just because it’s sold doesn’t mean anyone can do what they want with it. They have to go through all the zoning, all the codes, everything. … We also don’t want to bring warehouses here.

Michelle Mullins is a freelance journalist for the Daily Southtown.

Michigan spent $2.5 million to be a rocket hub. Critics say it only produced hype

Center on Accommodation for Returning Students in Ukraine