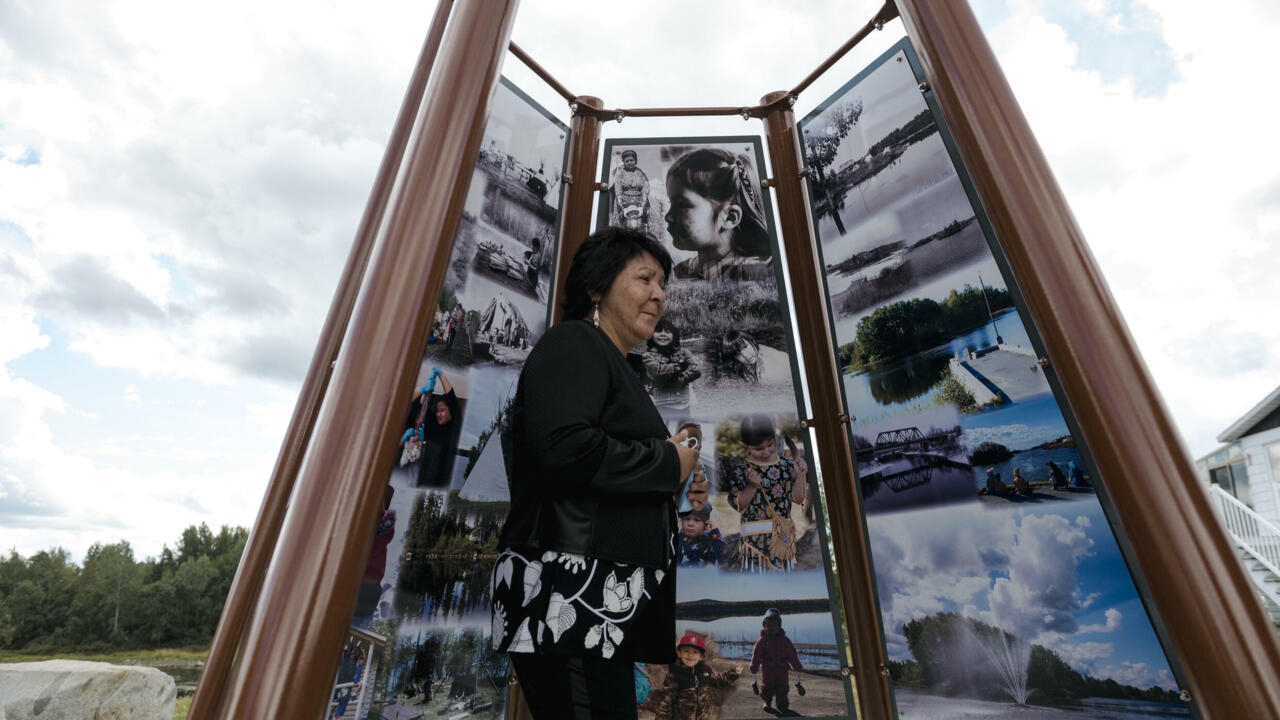 As she campaigns ahead of next week’s legislative elections, Lise Kistabish has a message for marginalized Indigenous peoples in Canada: She will voice their concerns.

“I want to stress that we are here and that we have a voice,” Kistabish told AFP during a recent campaign stop in sparsely populated northern Quebec.

Kistabish, 54, an Indigenous community organizer, traveled thousands of kilometers (miles) to meet with voters in the electoral district of Abitibi-Baie-James-Nunavik-Eeyou, where Indigenous people make up 38% of eligible voters.

The district is about one and a half times the size of France. Here, small towns and villages are often several hundred kilometers apart.

“I want to provide solutions and bring the region’s priorities to parliament,” Kistabish, a short-haired woman, told AFP during a stopover in Waswanipi, a Cree community of 2,000 inhabitants.

“We can learn from history. I want horror stories not to repeat themselves. I want to make sure this message gets through to parliament,” she added.

Kistabish was referring to the discovery last summer of more than 1,200 anonymous graves in former residential schools in the provinces of British Columbia and Saskatchewan, which revealed a dark chapter in Canadian history.

Until the 1990s, some 150,000 First Nations, Inuit and MÃ©tis youth were forcibly enrolled in schools, where students were physically and sexually assaulted by principals and teachers who stripped them of their culture and language.

– “Children have been taken away” –

Kistabish was born to an Algonquin mother and Cree father and grew up in the Indigenous community of Pikogan, 600 kilometers (375 miles) north of Montreal.

She worked in various Aboriginal organizations before deciding to go into politics to try to “make a difference”.

Kistabish is running in the September 20 election under the Liberal banner of Prime Minister Justin Trudeau, she says, because the party prioritizes “human values.”

Her constituents, she said, are primarily concerned about access to housing, jobs and Canada’s ongoing reconciliation with its more than 600 Indigenous tribes.

During a local candidate debate in Val-d’Or, the largest city in the region, Kistabish lashed out at his non-Indigenous opponents, saying, “You don’t understand what it’s like to live in. a community whose children have been abducted.

That same day, she drove hundreds of miles campaigning with the federal Minister of Indigenous Services, courting voters in the village of Senneterre, and posting campaign signs to telephone poles in Lebel-sur-Quevillon.

She is not the only Indigenous candidate from the region vying for a seat in the House of Commons. Pauline Lameboy is a candidate for the New Democratic Left Party.

But there is more kinship than rivalry between them.

“I’m proud of Lise. She’s not my competitor, she’s my sister,” said Lameboy.

Having two strong Indigenous candidates out of a total of five contenders for the race delighted Andrew Kistabish, a 27-year-old Algonquin father of three.

“It is inspiring for others who may one day want to follow in their footsteps,” he told AFP outside his Pikogan residence, adding that he was torn between the two for which to vote.

One of the main challenges for candidates here is getting people to vote. â€œIt is not a natural reflex for many First Nations members to vote in Canadian elections,â€ said Edith Cloutier, Executive Director of the Val-d’Or Native Friendship Center.

SÃ©bastien Brodeur-Girard, who teaches Indigenous studies at the University of Quebec in Abitibi-TÃ©miscamingue, said having two Indigenous women on the ballot here is a welcome development. First Nations people did not gain the right to vote in Canada until the 1960s, he added.

â€œI think they are leading the way,â€ said Cloutier. â€œBy participating in these elections, they are showing that anything is possible for aboriginal women.