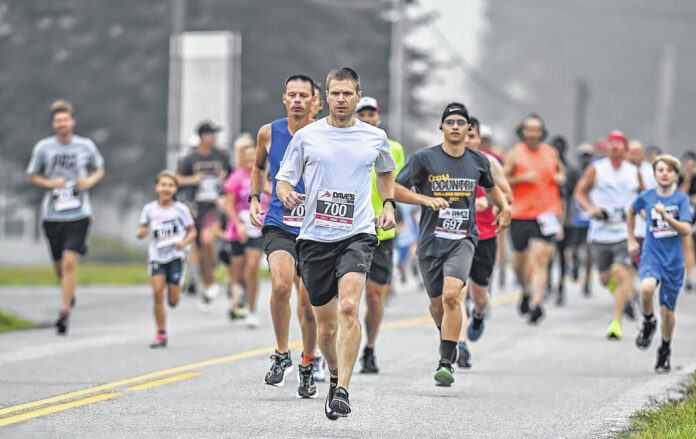 LIMA — The year 2022 marks 200 years of Labor Day celebrations. The first Labor Day was celebrated in 1882 in New York. It officially became a holiday in 1894. About 50 years later, the court system created a rule that would change the course of our school system.

In 1952, the United States Supreme Court ruled that students were allowed to leave public school to attend religious classes. It was called a release time. The program was to be out of school ownership, privately funded and parent approved.

LifeWise Academy exercises that freedom in the community.

The Christian program debuted in 2021 at Elida Schools. They have now branched out to Allen East and will soon be in Shawnee.

“I’m the director of Allen East LifeWise,” LeSure said. “This is our first year of launch. We took a lot of advice from Elida. We launch September 13 for first through third year. Our program is not on campus this year. We use the Harrod Event Center. We use a church van to transport the children. We also use a van donated by Tom Ahl. We use it to bring the children back and forth.

“We are a Bible-based education. We teach the gospel to children while teaching them character traits. We teach them to be trustworthy and honest. It really helped in class. The teachers were super supportive. We welcome children for a period of the day to teach them, hopefully as long as their parents give permission. Our teacher is super excited. I think about 1/6 of the students in grades 1-3 are already enrolled. I think once we get started that number will really increase. We have 57 students so far. The program lasts the entire school year,” said LeSure.

LifeWise not only focuses on the mind, but also on the body and fitness. Runners of all ages came together to compete in their second annual 5K. The race took place on Sunnydale Road, just outside LifeWise Academy and Elida Fieldhouse.

Attendees were able to experience Jim Boedicker’s live acoustic music and receive gift cards from a drawing. A young contestant not only won a gift card but secured the first place title for women under 40. Nine-year-old Londyn Hutchison took the win on Monday morning, outpacing her competitors.

Hutchison likes to run. She started when she was only 6 years old. She’s not sure if she wants to race professionally, but racing was a great start to a potentially long career ahead.

LifeWise commemorated this Labor Day by running errands, fellowshipping, and promoting its program.