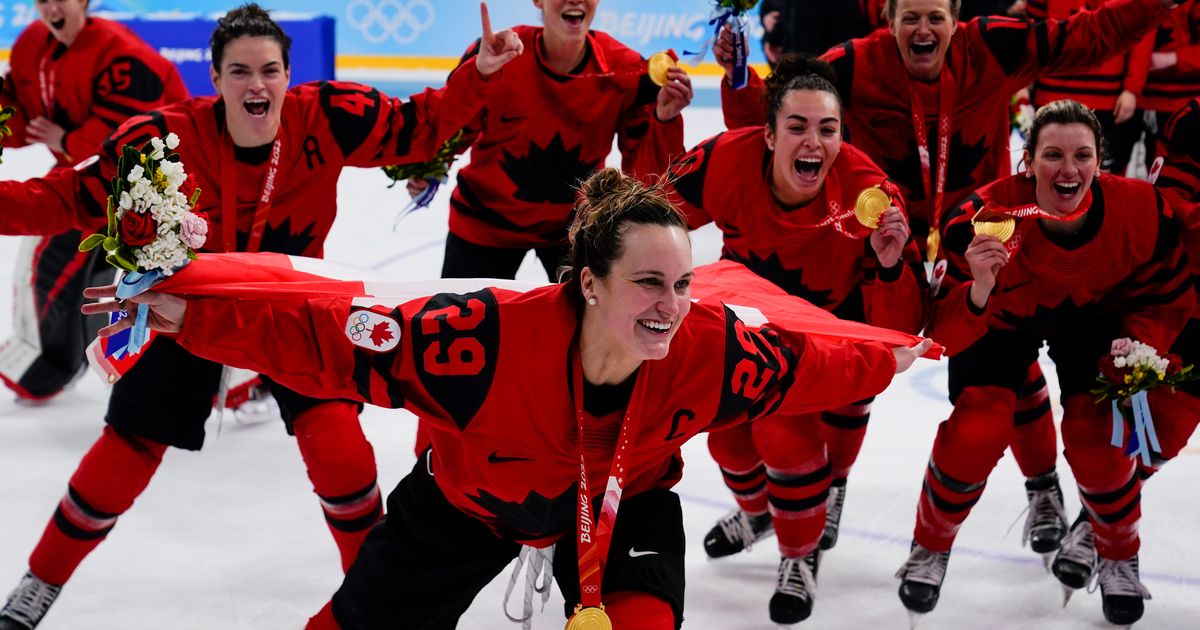 BEIJING (AP) — If you had to name this photo, you could call it “Layers of Happiness.”

In the image, taken by Associated Press photographer Matt Slocum, the Canadian Women’s Olympic Hockey Team jubilantly skates down the ice Thursday with their newly won gold medals after defeating the United States.

Front and center is Marie-Philip Poulin, Canada’s captain. Behind her, smiles criss-cross the frame as the feeling of celebration emerges on their faces. Each face displays it slightly differently; together, the energy of jubilation springs from the frame.

Slocum says he was “trying to capture the joy” after Canada beat the United States for the gold medal.

“I knew… Marie-Philip Poulin would play a big role in history after scoring two goals in the game,” the Philadelphia-based Slocum said. “The photographers had to cross the penalty area to get to the ice for the medal ceremony. I was near the front of the line and then I wasn’t anymore. I ended up in the second row of photographers and had to raise my cameras above my head to get sharp photos.

It turned out to be a good thing, he says. “It ended up helping when Poulin came by with her medal, her flowers and behind the Canadian flag. The higher angle allowed his teammates to fill in the background, their faces echoing his joy.