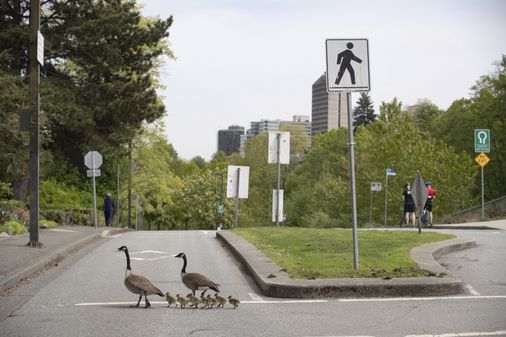 A Norfolk County grand jury indicted a Randolph man on Thursday for allegedly beating two Canadian geese over the summer in a brutal attack that resulted in the euthanasia of the birds, according to prosecutors and legal documents.

Allen was previously arraigned on August 2 on the same two counts in Quincy District Court, where a not-guilty plea had been entered for him. He was released on personal commitment, according to records. The indictment moves the case to Norfolk Superior Court.

“We expect to schedule an indictment in superior court in the coming weeks,” Morrissey said in the statement.

According to prosecutors, a neighbor of Allen witnessed the alleged baton and called the police.

â€œThe geese were transported to the New England Wildlife Center in South Weymouth,â€ Morrissey said. “Despite their efforts, the geese could not be saved.”

Authorities have said the maximum penalty for animal cruelty if convicted is seven years in state prison. The motive for the alleged attack was not disclosed.

Canada geese are large, tipping the scales by an average of 10 to 14 pounds, according to the state’s official Mass.gov site.

“Canada geese have passed through Massachusetts on their travels to and from their Arctic breeding grounds for centuries,” the site says. â€œBefore the 1930s it was unusual for geese to nest here, but today in Massachusetts you can find Canada geese any time of the year. In fact, in some areas people have the impression that there are too many geese.