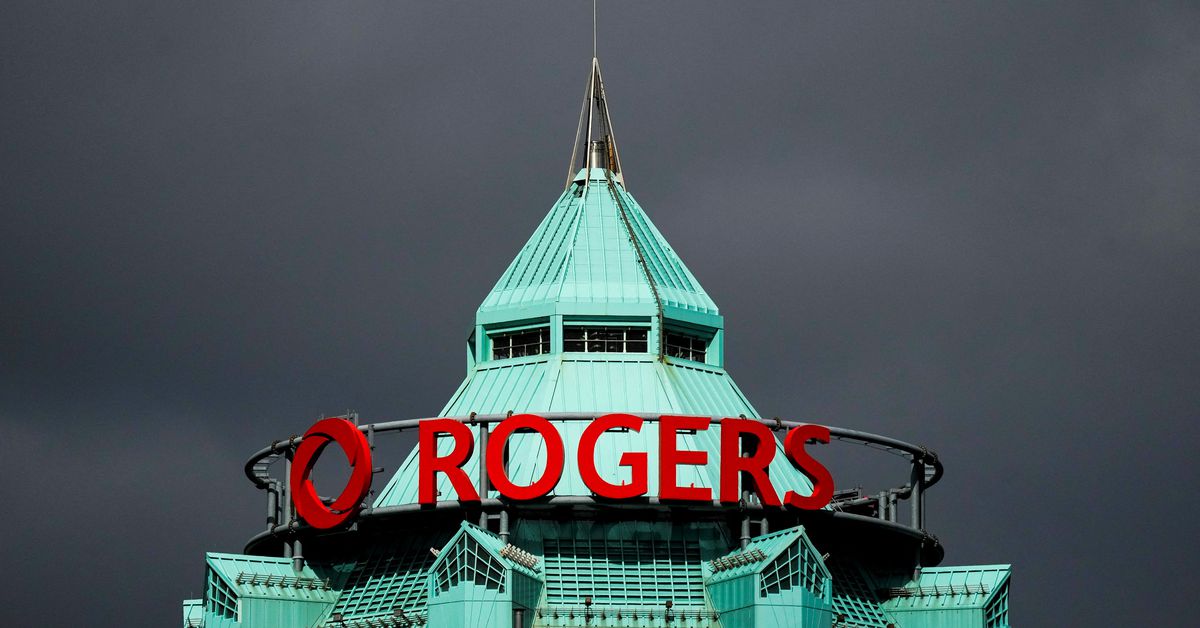 TORONTO/OTTAWA, July 8 (Reuters) – A major network outage at one of Canada’s largest telecommunications carriers has shut down access to banking, transportation and government services for millions of people all day from on Friday, sparking outrage from customers and adding to criticism of Rogers Telecommunications’ (RCIb.TO) industry dominance.

Almost every facet of life was disrupted, with the outage affecting internet access, cell phone connections and landline connections. Some callers were unable to reach emergency services via 911 calls, police across Canada said.

Canadians working from home crammed into cafes and public libraries that still had internet access and hovered outside hotels to pick up a signal. The Canada Border Services Agency said the outage affected its mobile app for inbound travellers. Retailers’ cashless payment systems broke down; banks reported problems with ATM services.

Rogers said it would provide credit to affected customers. Its shares closed down 73 cents at $61.54 on the Toronto Stock Exchange.

Later Friday, Kye Prigg, senior vice president of Rogers, told CBC that the company did not have “an ETA indicating when the issue will be resolved” and was still working to identify a cause.

“I wouldn’t say whether it will be fully online today or not,” he said.

A spokesman for Public Security Minister Marco Mendicino said late Friday that the outage was not the result of a cyberattack.

The disruption also made transport and flight bookings more difficult at the height of the summer travel season.

So far, Transport Canada has not received any reports of direct safety or security impacts to flight, marine or rail services from the outage, according to spokesperson Sau Sau Liu.

The hiatus was Rogers’ second in 15 months. It began around 4:30 a.m. ET (0830 GMT) and cut off a quarter of Canada’s observable internet connectivity, monitoring group NetBlocks said.

“Today we let you down. We are working to get things straightened out as quickly as possible,” Rogers said in a statement.

With approximately 10 million wireless subscribers and 2.25 million retail Internet subscribers, Rogers is the leading provider in Ontario, Canada’s most populous province and home to its largest city, Toronto. Rogers, BCE Inc (BCE.TO) and Telus Corp (T.TO) control 90% of the market share in Canada.

Canadian Industry Minister Francois-Philippe Champagne tweeted that the situation was “unacceptable” and said he was in communication with telecom CEOs, including those of Rogers, Bell and Telus, to find a solution.

A spokesperson for Vancouver International Airport, one of Canada’s busiest, said travelers could not pay for parking, use terminal ATMs or purchase items from airport retailers .

Air Canada (AC.TO), the country’s largest airline, said its call center was affected. Airlines in Canada, like those in Europe and the United States, have experienced high call volume due to flight cancellations and delays due to pandemic staffing shortages. Read more

Pop star The Weeknd announced on Friday night that his tour stop at Rogers Center stadium had been postponed due to service outages affecting venue operations.

“I’m crushed and heartbroken. Been there all day but it’s not up to us because of the Rogers breakdown,” the singer wrote in a tweet.

Critics said the outage demonstrated a need for more competition in telecommunications.

Earlier this year, Canada’s Competition Bureau blocked Rogers’ bid to take over rival Shaw Communications (SJRb.TO) in a C$20 billion deal, saying it would stifle competition in a country where telecommunications prices are among the highest in the world. The merger is still awaiting a final verdict. Read more

“Today’s outage illustrates the need for more independent competition which will drive more investment in the network, so outages are much less likely,” said Anthony Lacavera, chief executive of Globealive, a company investment company that had bid for a wireless service provider involved in the Rogers/Shaw deal. .

“CASH WILL BE KING”

Toronto stores and restaurants put “Cash Only” signs on their doors. Residents crowded in and around a nearby Starbucks cafe offering free Wi-Fi on an unaffected network.

“There are tons of people here with their laptops working ferociously, like they would at home, because they have no service at home,” said Starbucks customer Ken Rosenstein.

In downtown Ottawa, Canada’s capital, cafes, including Tim Hortons, did not accept debit and credit cards and turned away customers who did not have cash.

Michelle Wasylyshen, spokeswoman for the Retail Council of Canada, said the outages would vary from retailer to retailer: “Cash will most certainly be king in many stores today.”

While disruptions were widespread, several businesses and transportation outlets said their services were unaffected. The Port of Montreal reported no disruptions. The Calgary Airport Authority said it had “no major operational impact”.

The 'Mouvement BE' summer art camp celebrates its first anniversary