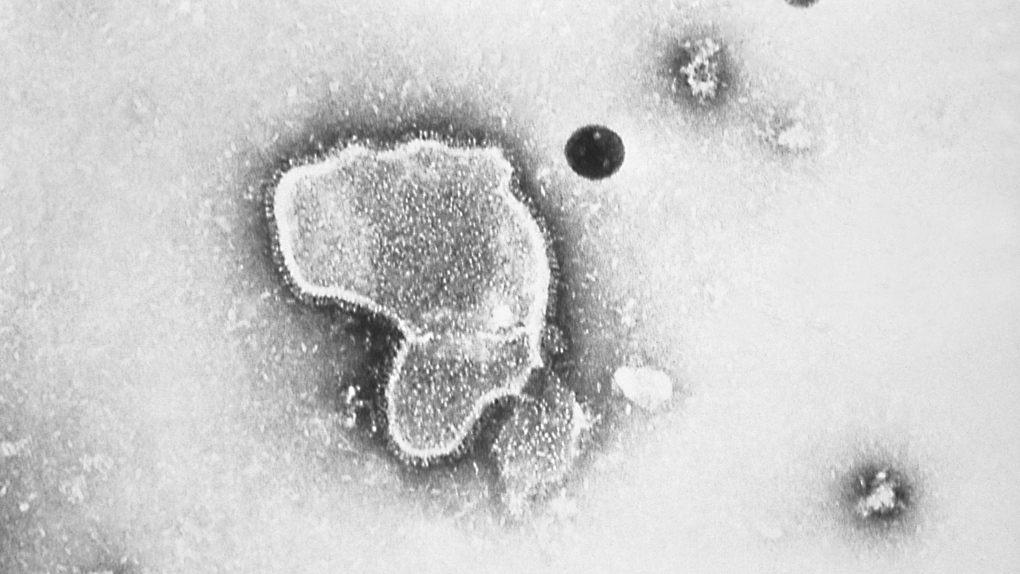 As US pediatric hospitals report being “overwhelmed” with respiratory syncytial virus patients, cases are also on the rise in Canada.

Respiratory syncytial virus, or RSV, is a common and contagious respiratory virus that often affects young children. According to the US Centers for Disease Control, “virtually all children acquire RSV infection by age 2.”

The virus mainly causes mild cold-like symptoms like a runny nose, sneezing, cough, and fever, but it can lead to more serious illnesses like pneumonia and bronchiolitis, which is the inflammation of the small airways in lungs. Children younger than six months and those with pre-existing conditions like asthma and congestive heart failure are among the most at risk for serious complications, which may require hospitalization.

In the United States, several hospitals are currently reporting being “overwhelmed” by a wave of young RSV patients.

“This is our March 2020,” Dr. Frank Belmonte of the Advocate Children’s Hospital in Chicago told ABC News. “So this is the pediatric version of the start of the pandemic.”

At Connecticut Children’s Medical Center, they are even considering bringing in the state National Guard to help expand the hospital’s capacity.


CASES “ABOVE EXPECTED LEVELS” IN CANADA

The Public Health Agency of Canada is reporting a growing number of cases across much of the country, and particularly in Quebec, at a time when many Canadian emergency rooms are already struggling with long waiting times and capacity issues.

“Respiratory syncytial virus activity (486 detections; 3.5% positives) is above expected levels for this time of year,” said the agency’s latest weekly respiratory virus report from October 15. . Like the flu, RSV infections usually come in a seasonal wave that lasts from fall to spring.

The current increase in RSV cases is largely related to measures to stop the COVID-19 pandemic. In Canada, lockdowns, masks and social distancing contributed to RSV numbers dropping to 239 confirmed cases in the 2020-21 season, according to the Public Health Agency of Canada; compared to 18,860 confirmed cases in 2019-2020. Experts say a lack of exposure for about two years has left more young children vulnerable at the same time.

“I think their immune system just hasn’t seen the number of viruses that a typical child would have seen before the pandemic,” Dr. Thomas Murray, a pediatric infectious disease specialist at the Yale School of Medicine, told CNN. .

Speaking to CTVNews.ca in a phone interview on Monday, McGill University in Montreal infectious disease specialist Dr. Donald Vinh explained that RSV is similar to COVID-19 and other viruses. respiratory infections, is quite contagious and can be easily transmitted in schools.

“We’re seeing a return to pre-pandemic with these respiratory viruses, except it’s not just these pre-pandemic respiratory viruses – added to the mix now there’s also COVID,” said Vinh at CTVNews.ca. “And so the ability of our health care system to absorb people who get sick with RSV and flu, superimposed on people who get sick with COVID, well, there’s not a lot of wiggle room there- down.”

At the Children’s Hospital of Eastern Ontario (CHEO) in Ottawa, twice as many children are currently being tested for the virus as they were at the end of August.

“CHEO had the busiest month from April to September in its history in its emergency department, so in 30 years we have never had so much activity,” said Dr. Chuck Hui, chief of infectious diseases from the hospital, to CTV National News. “We are definitely seeing more activity and more admissions across the province.”


“WHAT A HORRIBLE VIRUS”

Although there is no vaccine and nothing to specifically treat RSV, most cases do not require a doctor’s visit or hospitalization and usually resolve within one to two weeks with plenty of rest and fluids. . In more severe cases, children may be given oxygen or intravenous fluids if they are having trouble breathing or are dehydrated.

“RSV is not severe like COVID was in the adult population,” said Salazar of Connecticut Children’s Medical Center. “We can take care of these children.”

Michelle Maguire’s three-year-old son, James, was expelled from nursery school last Monday with a fever. When he tested negative for COVID-19 and his symptoms worsened, his parents took him to the hospital where they were told he had RSV.

“His symptoms started with a fever and poor appetite and quickly included congestion, a runny nose, pink eye in both eyes and an awful cough,” Maguire told CTVNews.ca from Calgary. “He has asthma, so it’s very worrying to hear him coughing and wheezing so often.”

After eight days of resting at home with Tylenol, fluids and plenty of chicken soup, James is finally starting to feel better.

“He has a one-year-old sister at home and it’s impossible to separate them, but she hasn’t been affected so far,” Maguire said. “What an awful virus.”

Madeline, Lauren Kelly’s daughter, is almost two years old. Normally healthy and happy, at the end of last week she was admitted to pediatric intensive care, ill and with breathing difficulties diagnosed as RSV.

“She couldn’t get enough oxygen in the emergency department so she had to take BiPap,” Kelly told CTV National News from Winnipeg. “I cried the whole way to the hospital because I felt so guilty coming here knowing how busy everyone is and how stressed the system is.”