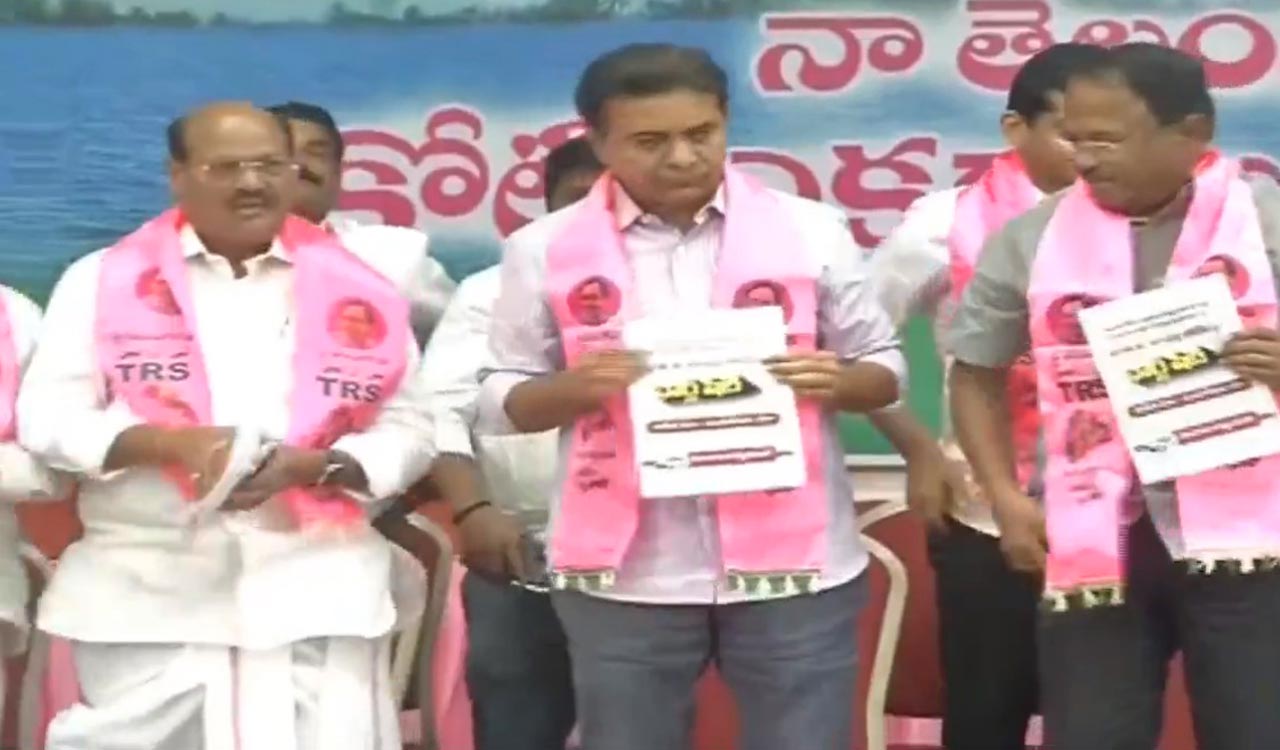 Hyderabad: Countering a charge sheet released by the BJP earlier this week, the decision TRS The party issued a charge sheet on Saturday, listing the failures of the BJP-led labor government to fulfill assurances made to Telangana under the PA Reorganization Act and also for setting up a 300-bed hospital in Marriguda and a fluorosis research center in Munugode.

Yet the BJP, which had been in power in the Center for eight years, had not kept any promises made to Telangana nor sanctioned a project, he said.

TRS billing sheet lists BJP failures including demonetization, GST on looms products, corporate tax reduction, filling vacancies, selling PSUs and many more others. The domestic cylinder price was Rs 400 in 2014 and it has now risen to Rs.1200 by the BJP Governmenthe said.

BJP National Chairman JP Nadda, who was Union Health Minister at the time, ensured the establishment of a 300-bed hospital in Marriguda, in addition to a fluorosis research center in Munugode. But the BJP government failed to deliver on those promises, he said.

The people of Munugode, especially the women, would teach the BJP a proper lesson in the bypass poll, he said.